Starstruck: The Impact of the A-Lister

Starstruck: The Impact of the A-Lister 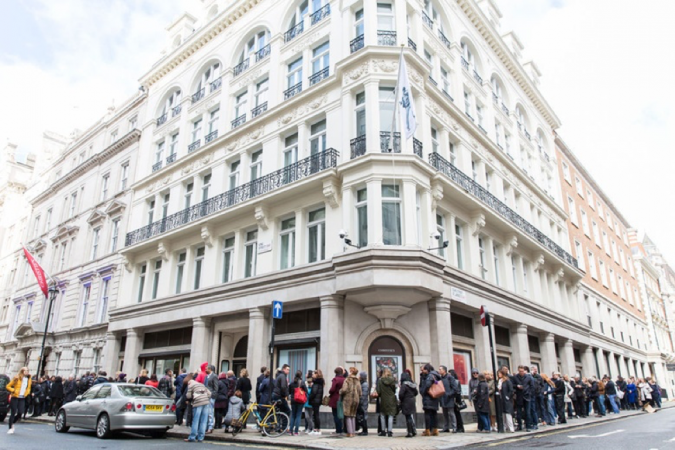 ‘Sting and Trudie Styler to auction art collection; single works could fetch up to £500,000’

These headlines boast the extraordinary amounts of money that celebrities can rein in for auction houses. To be exact, from 2016 to the first half of 2019, single owner collection sales totaled $3,56 billion across Christie’s, Sotheby’s, and Phillips. This being 9.34% of total sales for all three houses. Auction-buzz usually forms around one or two significant pieces up for sale. But when celebrity collections go under the hammer at auction, there’s a different phenomenon that occurs. Every piece seems bound by their noteworthy ownership. Of course, provenance is a vital part of the matrix of factors that combine to decide an artwork’s value. But how is this impacted when a celebrity has owned the piece? Is there a celebrity premium?

The George Michael Collection Evening Auction on the 14th of March 2019 was a major sale for Christie’s London. As the headline reads, this single owner collection sale brought in just over $12.3 million for charity, beating its pre-sale high estimate of $11.9 million. Several works on offer broke artist records which suggested there might in fact be a ‘George Michael premium’. Harland Miller’s fictional book cover Incurable Romantic Seeks Dirty Filthy Whore (2007) sold for $314,527, two times more than Miller’s previous auction record of $93,485 (£75,000) for I am the one I’ve been waiting for (2013) achieved in 2015. Jim Lambie’s CarelessWhisper (2009), a portrait of Michael, sold for $231,757, exceeding its high estimate of $22,436 (£18,000) by almost ten times. Lambie’s previous record at auction was achieved in 2013 at $113,783 (£91,250). Finally, Angus Fairhurst’s A Couple of Differences Between Thinking and Feeling II sold for $125,811, almost three times more than the artist’s previous auction record of $34,349 (£27,500) in 2018 for a similar work. Considering just these three lots, there was a significant price premium paid for works in the George Michael Collection. It also seems that the sale could have reignited interest in artist markets that may have gone stale in the past four to six years.

The pull of celebrity auctions is undeniable. Whether it be an art world celebrity like the Rockefellers or a superstar like David Bowie, celebrity branded auctions have proven to pay off majorly for auction houses. In an increasingly competitive secondary market, auction houses will likely continue to use single owner collection sales as a branding and marketing strategy. It is also a way to attract new buyer pools outside the traditional art world client base. For the George Michael Collection, thousands of fans flocked to the London exhibition to see the art and enjoy artifacts from the musician’s career. This generated a further £250,000 in charity proceeds through the purchase of limited edition catalogues and tote bags. Being able to share a collection with a global audience inherently attracts more attention to the sale and ultimately, creates more bids. As Christie’s Paola Saracino Fendi said in a podcast with the Art Newspaper, “a big name always creates excitement”. Fendi continued to say that people involve themselves in this type of sale because they were fans of the celebrity. This differentiates the buyers because they’re not concerned about who the artist is, what their market is like, or whether it will be a smart investment – which, in turn, makes for an exciting auction environment (paraphrased).

So, what celebrity auction will be next? And who will break the single owner collection sales record? My bet is on Sir Elton John or Madonna.