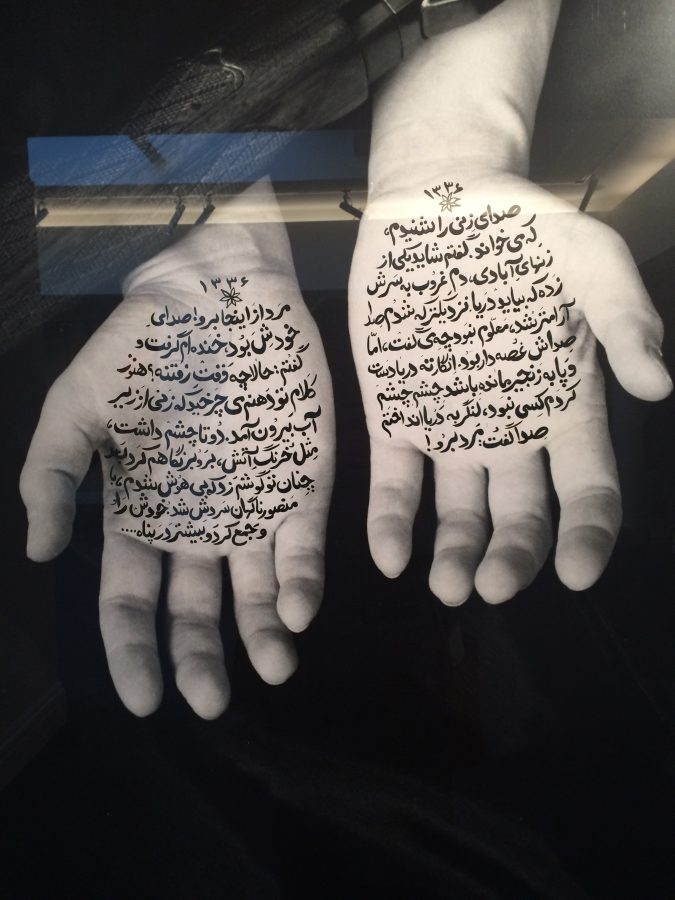 Photograph of Shirin Neshat’s Stories in Martydrom (From Women of Allah) (1994). Featured in Sotheby’s 2018 Contemporary Art Day Auction in London.

The modern and contemporary market in the Middle East performed well in 2017, delivering the second highest annual turnover in nearly a decade

One week in to the month, and one can be sure that the art world is experiencing a March Madness entirely unrelated to basketball. Auction season in London is in full swing, with last week’s Impressionist & Modern sales turning into this week’s Post-War & Contemporary sales. Art fairs such as Art Tokyo and the Armory Show open this weekend, while Old Masters collectors flock to Maastricht for TEFAF’s annual fair. However, those interested in the art of the Middle East are most looking forward to the end of the month when the art world turns its attention to the 12th edition of Art Dubai. In preparation for the upcoming fairs, event, and auctions, ArtTactic examines the Middle Eastern Art Market’s performance last year.

Overall, the modern and contemporary market in the Middle East performed quite well, delivering the second highest annual turnover in nearly a decade with a total of approximately $33 million (excluding buyer’s premium). This is a 9% decrease from the exceptionally high sales results in 2016, which most likely represents a stabilisation, or “evening out” of this expanding emerging market.

The breakdown of sales by auction house reveals that Christie’s controls the biggest share of the market, with about 10% more than Sotheby’s 26.5%. Tehran Auction follows close behind with a 24.3% market share, while Bonhams takes about half of Tehran Auction’s share with 12.6%.

Despite Christie’s leading position and a turnover of $12 million (excluding buyer’s premium), 2017 results represent more than a 20% drop from last year. This drop may be related to the auction house’s decision to relocate its annual Middle Eastern auction in October from Dubai to London. On the other hand, Sotheby’s gained a stronger position in the market in 2017 and experienced an almost 12% increase in sales. This growth is credited to Sotheby’s decision to open an office and auction space in Dubai’s International Finance Centre in March 2017. The 2017 auction results demonstrate that Sotheby’s strategy to invest more time and money into its physical presence in the region played an important part in improving its market share for modern and contemporary Middle Eastern Art. Results from 2018 will determine if this increased market share will be a permanent development, or if it represents a temporary boost in sales due to the increased attention received from the unveiling of the Dubai space.

It is important to note that, despite the success of Sotheby’s Dubai opening, London remains the epicentre for the Middle Eastern modern and contemporary auction sales. London hosts the majority of sales, and Dubai comes in second with 28.5% of sales.

For a more in depth analysis of the market for the modern and contemporary market in the Middle East, including the geographic location of artists sold at auction and the breakdown of the performance individual auction houses, consult ArtTactic’s 2017 Middle East & North Africa Report.