The hardest question for 2021: What do we really, truly want?

The hardest question for 2021: What do we really, truly want? 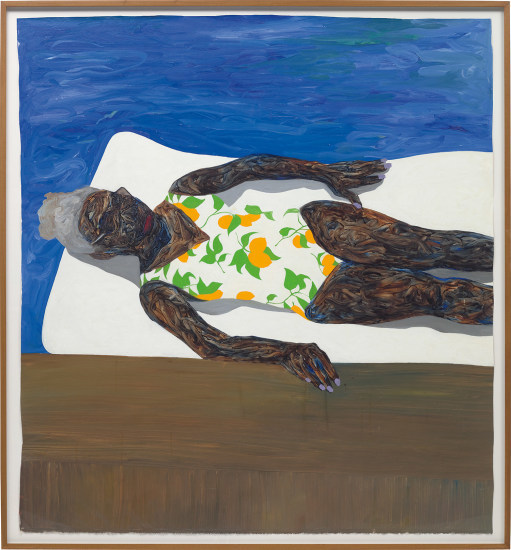 Desire is more desperate in this new age. In the shared ocean that is the COVID-19 pandemic – not to mention the accumulated years of far-right extremism, political turmoil and climate crisis – our longings aren’t trivialities but life-crafts. So what are we looking towards to keep ourselves above water? Now riddled with politics both personal, financial and social, there is a new depth to sales figures, and what do we really want? is a harder question than ever.

It is figurative painting that has seen the most unstoppable popularity in auction and private sales. The hottest tickets in contemporary art right now are those painting representationally – Hernan Bas and Salman Toor’s queer characters, Toyin Ojih Odutola and Lynette Yiadom-Boakye’s fantastical black figures, Shara Hughes and Jonas Wood’s decadent interiors. Similarly, of Artnet’s most visited artists in the past 5 months, 7 out of 10 of them are photographers, and mostly of people. There might be something in this need for reality; of course we are skirting around abstraction when our brains are overfull of upended information. Still, these paintings don’t have to be literal. In fact most of them depict dreams – both Yiadom-Boakye and Odutola’s subjects are purposefully fictional, Bas and Toor also paint in a story-tellers dreamscape – so it is perhaps a desire for something recognisable but not too real, that doesn’t too deeply question our beliefs.

As we saw a 511% increase in online-only sales over the past year, it helps that figurative painting translates well onto screens, though it’s dominance in art history might suggest that it has always been the most popular form of visual art. Still, there is something new to the painting that is dominating sales now. It’s no Dejeuner sur l’Herbe. It’s current practitioners are carving a new genre as they bring previously unrepresented bodies front and centre. A large proportion of the painters rising now are black painters depicting historically under-painted black people.

But the rise of these artists is a dangerous ascent. Demand for their work is increasingly frenzied. Odutola saw an increase of 1,390% in sales between 2015 and 2019, with 38% of all auction lots produced 3 years or less before the sale. Amoako Boafo too has had a notoriously high-speed trajectory characterised by repeated ‘flipping’ of his works at auction – the phenomenon of selling work on the secondary market at a significant price jump, often causing a temporary imbalance between an artists economic and cultural value. The story of his Lemon Bathing Suit (2019) is a particularly cautionary tale; bought for $22,500 by Stefan Simchowitz, he then flipped it at auction for a 3,815% return at $880,971. Only the buyers were collaborators of Boafo and were helping him to take control of his market in exchange for new works. Just two months later those same gifted works were back on the auction block.

At these kinds of figures, the popularity of artists is as much financial as aesthetic. As Nate Freeman wrote of the rise of black artists; ‘where some see a movement toward a fuller story of art, others see a financial opportunity’. There is a similarly disconcerting flipping trend when it comes to a contemporary artist’s death, or their proximity to it. Matthew Wong, after his death in 2019 aged 35, has entered the top 10 contemporary artists of 2020 by sales value. The demand for his work has been rabid, with one dealer speaking of a client ‘who’s going to have a heart attack if he doesn’t get one—he will pay, like, any price’, that price being a phenomenal $4.5 million at Christie’s late last year up from a $700,000 high estimate. The 92-year-old painter Alex Katz is also anticipating major market growth as he approaches his final years. ‘He’s painting in the last period of his life and he’s doing it at full speed’ his new gallerist, Gavin Brown has said.

There is something disconcerting about these market movements. The endless cycle of flipping, the voracious appetite for scarcity following an artists death, the perverse speed at which their sales figures can rise when they receive the right attention. There are individuals trying to catch up with the market, particularly when it comes to artists of colour. Young curator Destinee Ross Sutton for example deals work with a meticulous contract; 15% of all resale proceeds should return to the artist, no auction resales will transpire for three to five years, and artists retain first right of refusal for that period in case of a private sale.

The work being made by these artists should stand apart from its prices, and they deserve every attention they are receiving. Only what their popularity highlights is that desire is never simple, but is always marred by tokenisation, fetishisation, economics. The rise in attention to artists of colour post-2020’s ‘Black Lives Matter’ moment doesn’t necessarily feed back into the social good that is supposed to support, but straight back into dealers and collectors pockets. It is worth thinking about; how popularity dictated by social movements can tangibly feed back into those movements and individuals, most especially on the secondary market.

So considering how much of the demand for figurative painting (and especially black figurative painting) is self-determined by increasing sales figures, it is doubtful how much our desires can reveal the collective mood. Over the past thirty years, art has become as much an investment asset as a personal belonging, so our endorsement is less aesthetic than economic. It would be foolish to read into the popularity of dancing portraits, young men in the rain, luxuriant greenhouse interiors, a need for human touch or a collective loneliness. In actuality the demand for a Lemon Bathing Suit doesn’t come from the need for a poolside vacation but the dollar signs floating behind the figure’s sunglasses, the promise of making six-figure profits on your purchase.

What remains to be seen is whether this is the swell, crest or tumble of a trend, since we’re too deep inside it to know. Trends in the art market look like this; fast, frenzied and full of flipping. It is a new time for art history when the most memorable names are associated with high price tags, so our desires mean more now to the shaping of visual arts than they ever did. Artists are no longer going it alone in ramshackle studios, so we must think about how our appetites change history.

Stella Botes is a freelance art critic and writer, find more of her writing via her Instagram @gallerina_ldn.