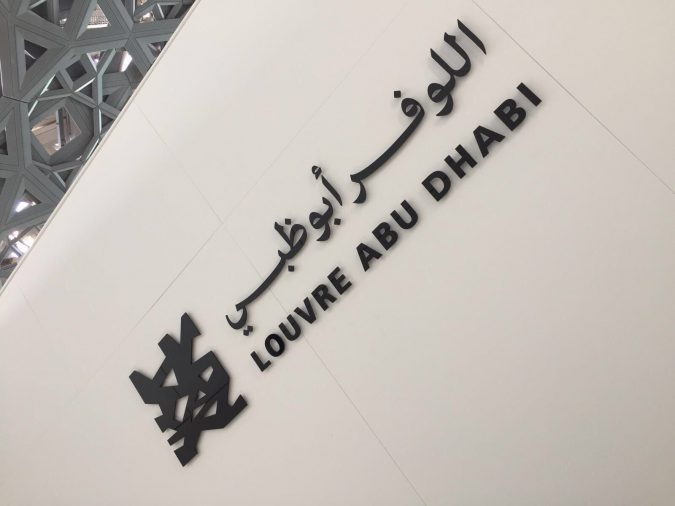 Two major news headlines collided when the Louvre Abu Dhabi recently announced that ‘Salvator Mundi’, by Leonardo DaVinci, will be traveling to the recently opened museum. The news was shared through a rather understated message on the museum’s twitter account on 6 December. In response, Christie’s tweeted the following message: “Congratulations – the Salvator Mundi is going to its new home the Louvre Abu Dhabi.” When asked for clarification on the identity of the purchaser of ‘Salvator Mundi’, an official Christie’s spokesperson replied, “We are delighted that the work will again be on public view. We have no further information.”

The Louvre Abu Dhabi made this announcement only a few hours before the New York Times published their exposé revealing the buyer of the Da Vinci to be Prince Bader bin Abdullah bin Mohammed bin Farhan al-Saud, a low-profile real estate mogul who is close friends with the current Crown Prince of Saudi Arabia.

While the wealth of the Saudi Arabian elite comes as no surprise, the purchase of this ‘Salvator Mundi’ by Prince Bader has raised quite a few eyebrows. The first point of contention is the Christian subject matter of the work, which seems out of place for a Muslim Prince. Secondly, the Prince is a complete layman to the art world, and before this was not even considered an art collector.

In fact, according to documents reviewed by the New York Times, Prince Bader was only presented as a bidder the day before the sale. Even after providing the $100 million deposit to participate in the auction, Christie’s employees were struggling to perform the necessary due diligence in order to confirm his identity and income source before the auction.

However, it was only recently revealed that the actual buyer of ‘Salvator Mundi’ was the Crown Prince of Saudi Arabia, Mohammed bin Salman bin Abdulaziz Al Saud, and that he used Prince Bader as a proxy to purchase the work. This decadent and expensive purchase comes only months after the Crown Prince’s purges, in which he attempted to eliminate corrupt government officials.

The Crown Prince’s purchase seems to mark a turning point in the development of cultural tourism in the Middle East. As wealthy buyers from the Middle East become increasingly more interested in Western masterpieces, the sky seems to be the limit for how much they can afford to buy. It seems to be only a matter of time before the Louvre Abu Dhabi is chalk full of the rarest and most expensive masterpieces in the world.

To read more about the outcome of the auctions in which ‘Salvator Mundi’ was sold, read ArtTactic’s Auction Analysis of the November Post-War and Contemporary sales in New York.

UPDATE: As of 8 December, the Louvre Abu Dhabi is confirmed to be the buyer of the work.