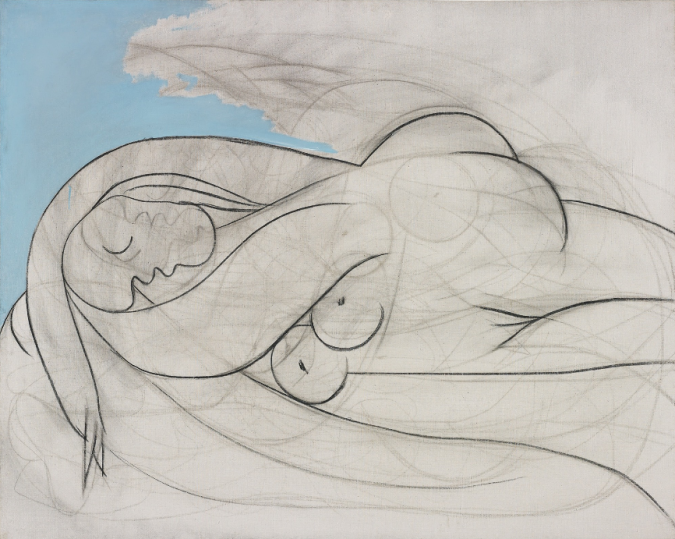 La Dormeuse (1932) by Pablo Picasso sold at Phillips 20th Century & Contemporary Evening Sale in London on 8 March 2018 for £37 million (excluding buyer’s premium), contributing to the auction house’s stellar performance in the first half of this year. Image courtesy of Phillips.

“Both Bonhams and Phillips have demonstrated that adding knowledgeable and experienced senior management to their teams is an essential aspect of their plans for growth.”

2018 has been the year of the mid-level international auction house, with Bonhams’ and Phillips’ aggressive plans for expansion indicating their willingness to compete in the big leagues of the auction world for a larger share of the market.

Phillips started this year on a high note; ArtTactic’s 2018 Auction Review finds that Phillips’ sales have jumped by nearly 60% in the first half of 2018 alone. The first half of this year showed a total of $511.8 million, up from $321.1 million from the same period last year. Phillips’ strategy, discussed in the 2018 Auction Review, combines a series of senior hires with a pattern of increases in financial guarantees in the modern and contemporary sector.

Overall, Phillips’ market share by sale value jumped almost 2% in 6 months, and now sits at 7.4%. If Phillips were to continue this exceptional rate of expansion over the next 3.5 years, the auction house would control of 20% of the entire market. Examining Phillips’ performance in the second half of 2018 will indicate whether its success this year represents a brief burst of growth or a steady and continuous pattern of expansion for the company.

Meanwhile, at the beginning of this month, Bonhams announced that it has been acquired by the private equity group Epiris Fund II. This is the fund’s fourth investment, and while the financial terms of the acquisition were not disclosed, it was announced that the terms of the agreement include appointing Bruno Vinciguerra, a former Chief Operating Officer for Sotheby’s from 2007 to 2015, as new executive chairman. The acquisition puts an end to Bonhams’ four years on the market.

Although the auction house has been operating for over two centuries, it has transformed and expanded significantly over the past 18 years alone. In 2000, Bonhams became Bonhams & Brooks after it was acquired by the former director of Christie’s Robert Brooks’ eponymous auction house. The name was changed back only a year later when the company merged with the UK operations of Phillips auction house.

In 2002, Bonhams purchased the American auction house Butterfields, and over the next few years the company continued to expand, opening offices throughout Europe. Presently, Bonhams boasts offices around the world, with nine locations spread across the UK, Europe, the US, Canada, Africa and Australia. The Epiris acquisition signifies the latest development in a sequence of moves to expand and restructure the company over the past two decades.

Matthew Girling, CEO of Bonhams, writes: “We are delighted to have found a buyer that recognizes the potential offered by this business and its employees…During the past 20 years we have pursued a growth strategy that has turned the company into a truly global organization. The value of Bonhams rests with its people, their skills, their extraordinary expertise and their strong networks across the world. Epiris has a demonstrable and successful track record in investment in growing brands and we believe that together we can continue to expand the business whilst still offering the highest possible level of service wherever we operate.”

Both Bonhams and Phillips have demonstrated that adding knowledgeable and experienced senior management to their teams is an essential aspect of their plans for growth. Strategic senior hires seem to stimulate initial growth within the companies. However, with so much fierce competition in the auction market, will Bonhams and Phillips be capable of creating meaningful and sustainable long-term growth?