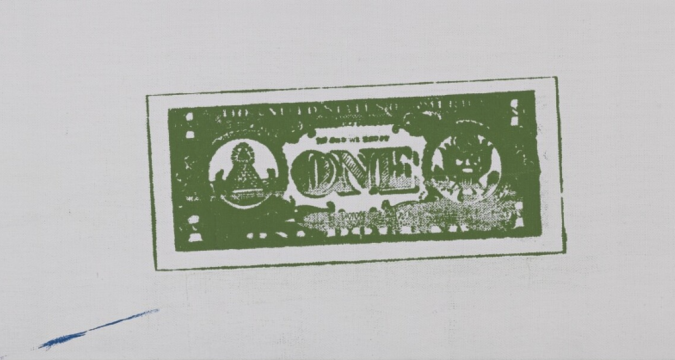 As the weather starts to cool down, and the world continues to open up, the Autumn auction season begins in London. With the top houses – Sotheby’s, Christies, and Phillips – all holding prominent Contemporary Art day and evening auctions in mid-October. These parallel events have a variety of works to lure buyers and excite the market including Sotheby’s 3 extraordinary Gerhard Richters which have been in the Helga and Walther Lauffs Collection since their creation in 1985 as well as the notoriously shredded Banksy, now called Love is in the Bin. The energized re-emergence of an in-person art market coincides with Frieze week in London, all marking that the world of art is ready to function in person rather than virtually. Discussing the recent fair, Artsy noted that there was an “undeniable energy of the fair, driven by a high caliber of international collectors and the opportunity to reunite with colleagues from around the world” showing the excitement for the return to normalcy. With the recent shift of all aspects of the world, including the art world to fit these new remote models, and the recent move back, it is interesting to evaluate the current strengths and weaknesses of the art market, particularly auction houses as they transition back to live sales.

In an art market that has historically thrived off of the lack of  price transparency in an attempt to maintain exclusivity, the recent practices of auction houses have  functioned as a democratizing influence in the world of art. Price details are the driving force of these institutions — catalogues are published showing an estimated value of an artwork, providing a range of the expected high and low price threshold. Works put up for auction have a reserve price which reflects the agreed upon baseline for what an artwork will be sold for, and it is not uncommon for lots to largely surpass their expected value. When a work is put up for auction, many price databases and research firms take note, collecting information including hammer price and bidding interest, making price information accessible to the public. This access to information has increased art market transparency in many ways. However, it is also important to consider auction houses’ other practices when it comes to selling art – particularly when art fails to sell.

Unsold works at auction, typically referred to as being ‘burned’ or ‘bought-in’ are one aspect of the auction market often overlooked as evaluations on the market focus on the trends reflected by what sells. It’s a Pass Unsold Artworks at Contemporary and Post-War Auctions shows the value of taking an alternative look at the auction market and provides an in-depth analysis on the unsold works from evening auctions based on data collected from 2015 through the first half of 2021. From this report, we gather the rising strengths of the market, open questions into the growing market practice of auction guarantees, and explore the effect of guarantees on the overall auction market.

Unfortunately, we do not know what happens to the majority of unsold artworks after their failure to sell at auction as many will go on to sell privately or through other auction houses such as Bonhams or regional auctions (which our research does not cover). These works may end up with their guarantors, or remain off the market entirely. However, our research does evaluate unsold lots that were put back up for auction at Sotheby’s, Christie’s, and Phillips in day, evening, and incubator sales channels providing insight into resale trends at the top end of the secondary market.

The stats of burned works are not promising when they come up for resale at auction.  The majority of works that finally sell, do so at a lower value. Our research found that burned lots are often re-sold at a different auction house and in a different location. This could indicate the consigner losing trust in an auction house after failure to sell the first time, and/or attempting to press their luck in a new market. It’s a Pass found that the majority (64.7%) of lots that were originally bought-in at Christie’s were re-sold through a different auction house while Sotheby’s retained 64% of sales. The analysis also found that 42.9% of bought-in works were resold in a different location.

Waiting to re-auction a previously burned work could be the best option for a consigner considering our findings of a very small success rate for these previously bought in works. To increase the value when re –auctioning a lot, the data proves that longer wait times are more lucrative. Those who re-auctioned only 1-2 years after their work was burned on average lost 54.7% of the works value, while those who waited 3-5 years only saw a 26.8% drop in price. Out of the lots that were resold, 8.2% of consignors were lucky enough to re-sell their burned work at a higher value than the original mid-estimate.

The practice of guaranteeing artwork is becoming increasingly popular among auction houses and It’s a Pass illuminates why. Guarantees on artworks are correlated to a strengthening art market, which can be as enticing of a practice as it is controversial.  In the last 6 years, the amount of lots that go unsold has decreased from 15.3% in 2015 to only 6% in the 2021 reflecting an overall strengthening of the auction market. This recent rise in success has a large financial gain for both consigners and the auction houses as the estimated missed sales value (based on mid-estimate prices) of unsold works at Post-War and Contemporary evening auctions decreased from $244 million to $71 million. This decrease in burned lots is inversely proportional to the recent increase in guaranteed lots from 15.1% in 2015 to 23.5% in the first half of 2021. This data shows why guarantees have become increasingly popularized and utilized, but as Eileen Kinsella of Artsy sums, their use can “distort the art market” while offering “auction houses and consignors a useful tool to hedge their bets”.

On one side of the spectrum, auction guarantees reflect an overall strengthening of the auction market. A guarantee allows the auction house to reassure a consigner of their risk by ensuring the sale of the artwork before the auction has even begun; an attractive opportunity for the seller to retain a minimum price on a lot no matter the result of the auction. The promise of a guarantee can also help sway consigners to choose one auction house over another and help an auction house build a system of trust with their consigners, promising a minimum value to the artwork being placed on auction. Amanda Lee contributed her opinion on guarantees in Secrecies, Guarantees, and Securities in the World of Auction Houses for the Center for Art Law website that guarantees give the seller comfort since they will have the knowledge that their “work will sell no matter the outcome of the auction, and if the work sells for more than the guarantee, the seller might enjoy an additional percentage from the upside” exemplifying the attraction of a guarantee. The promise of a sale can help entice sellers to consign their works, and reflects a strengthening contemporary market.

Despite the strengthened trust between auction house and seller, their ability to help retain sales and decrease the rate of failed sales, and their role in strengthening the contemporary auction market, the practice of guarantees remains debated as they can be seen as a deceiving tactic that can provide a risk for the auction house, affect the market and create and air of mistrust. In 2018, Anna Brady in The Art Newspaper questioned the practice of auction guarantees and their role in the market. She compares guarantees to a combination of a risk hedge and speculative gamble, and find that many guarantors have a direct interest in the market. Auction houses do not provide information on who has financial interest in a lot – be it themselves or a 3rd party guarantor. If a 3rd party guarantor is involved, there are no rules in place stopping the guarantor from also bidding on the lot, which could either increase the final hammer price or stir excitement around the work and alleviate the guarantor of their purchase. If the guarantor does end up with the artwork, it is typically below the estimated market value and often with a financial fee from the auction house. The auction house therefore benefits, the consigner gets their agreed upon price, and the guarantor receives an investment they found worthwhile. If a 3rd party guarantor is involved, they are typically the top clients of an auction house, and as noted by senior market editor of Artsy, Eileen Kinsella, ”It is arguable that these client-guarantors are being offered preferential treatment by the auction house; they are giving them access to these ‘fee deals’, and the ability to pre-purchase a work, in advance of the sale”.

Alexander Forbes, Artsy’s consumer marketplace strategist, discusses the need for more buyers in the market and tension between the art market’s resistance to calls for greater transparency, stating “the argument for “price transparency” isn’t about buyers at all, but rather the threat of external regulation on art sales and an ethical obligation to greater openness in a market that caters to the global elite”. The practice of guarantees reflects this evaluation, as it reduces transparency in the market and continues to benefit a wealthy few. Along with their lack of openness, guarantees are also not all positive for those involved. If an auction house is left guaranteeing, rather than outsourcing to a 3rd party guarantor, the auction house falls responsible for the payout if the work does not meet the reserve. This famously happened in 2007 when Christie’s and Sotheby’s had to payout $63 million worth of guarantees.

While guarantees do help to regulate the market, and create a relationship of trust, they also leave many questions for those not directly involved in the practice, presenting regulatory gaps in art and auction practices. Guarantees support the strengthening auction market, provide a sense of assurance for the seller, and help an artwork to avoid the doom of being burned at auction which could negatively impact future sales and the artist’s overall market. They not only provide a possibly lucrative investment for the guarantor but also help auction houses to remain competitive and retain clients. These positives reflect the findings in It’s A Pass of decreasing unsold rates in Post-War and Contemporary evening sales. But there are still questions around this practice and what they could mean. Do 3rd party guarantees leave bidders in the dark, artificially enlarge the market, and create an insular network within auction houses while unfairly advantaging an elite few?  Or does the practice help to fight off the volatile and grim market that exists for previously bought in works which just may not have been able to sell at that particular place in time?