An Emerging Art Market Lead by the Next Generation

An Emerging Art Market Lead by the Next Generation 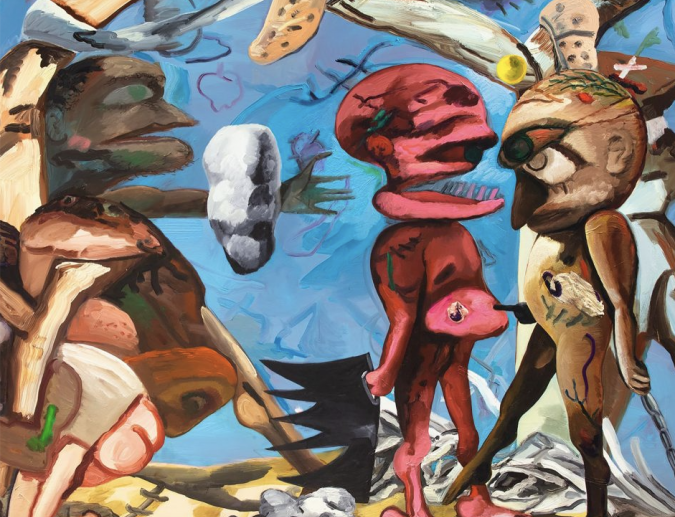 Schutz is ranked as the #1 Top Artist in ArtTactic’s Top 100 NextGen Artists Report 2021.

To understand the contemporary art market, it is important to evaluate the emerging stars and forces in the field. The younger generation of artists represent a changing market and provide insight into where the contemporary art market is heading. By evaluating the careers of the younger generation of artists we can understand changing aspects of the market.

The Top 100 NextGen Artists Report 2021 follows up on the inaugural 2018 report written in partnership with JLT (now Marsh) exploring the most successful artists in the world under the age of 45. While our 2018 report explored the top 1,300 young artists chosen by a variety of qualitative and quantitative data, this year’s report narrows our focus and explores the emerging artists of 2021 using auction sales to select the Top 100. Growing from our 2018 report, we evaluated these young artists’ by paying special attention to the cultural factors that contribute to their commercial success.

The Top 100 report reveals a changing market, growth in the economic role of women, and a strengthening market outside of the Western sphere. The report also utilizes cultural data to establish important factors that contribute to the success of a young artists’ career such as the choice to immigrate for school, the choice of attending university (if at all), and the choice of location for practice. The most notable finding of the Top 100 report is the rising prominence of Asia as a center of art, competing with North America and Europe. While the report shows a continued stronghold of male artists from Europe and the US, and the continued prominence of New York and London, we can see a growing and separate center emerging in Asia, specifically Beijing, Shanghai, and Hong Kong. In 2018 only 4% of artists in the Top 100 were born in Asia while our report shows major growth with 26% of artists born in Asia or the Pacific. Of the Top 100 NextGen Artists in 2021, those born in Asia and the Pacific now surpass artists born in Europe. This places Asia and the Pacific as having the second highest percentage of birth, ahead of Europe with 15% of births and following North America with 46%.

The data supports a strong correlation between location of education and the final location of an artist’s work. Artists need to work in a location that financially and culturally supports the creation of art, resulting in many artists migrating for their education, and inevitably, their career. While New York remains the most important artistic hub, more artists being born and studying in Asia has resulted in Beijing becoming the third largest hub of artists in 2021. It is important to note that all of the Chinese artists of the Top 100 continued their education in China and 92% of artists from Asia remained in their country of birth; the highest rate of artists remaining out of any location. Compared to 2018, when Beijing saw below 5% of artists, Asia now has 19% of the market, closing in on Europe with 22%.

Looking at the role of auctions, Asia continues to have a growing and prominent role in both value and volume of lots sold. While the main gallery hubs remain in North America and Europe and the majority of artists are represented in New York or London, Hong Kong had a higher total sales value than both New York and London combined, with 52% compared to New York with 36% and London with 12% of sales.

These findings show a large rise in prominence of the Asian market, although it remains very insular. Artists from Asia tend to remain in Asia, and spend money on art produced by Asian artists. Meanwhile half of the artists from Latin America migrate, typically to the US, and the majority of European artists move to a different country from the one they were born in and continue their career in this location. The choice of Asian artists to remain in their country of origin, as opposed to artists from Latin America or Russia moving to the US or UK, is a result of a growing art economy and ecosystem within the continent, creating a virtuous circle of the creation of art, and the support of an art market that can maintain itself economically, institutionally, and culturally.

Art and culture journalist Vivienne Chow states in  Artnet that the biggest boom in China  “has come not from the global marketplace, but rather from the tremendous economic growth right across its border, in mainland China”. The art market in China is directly linked to the economic success of the country, and is separate from the global market, and finding success on its own terms. The growth of wealth in China has allowed for the creation of more centers of cultural importance. There has been a rapid growth of the institution of art within China. The Chinese Art Gallery Industry Report in 2017 found that Shanghai had 770 art galleries, surpassing London’s 478. Shanghai’s artist district, the West Bund, is also growing with the number of galleries and museums booming, and is largely supported by the government.

The Top 100 report also provides data that displays the changing role of women in the Top 100 international artists. While women are playing a larger role overall, our reports show that there is a widening gender gap in the upper echelons of the market despite a growing place for these women economically. While in 2018, 39% of the Top 100 artists were female, this year’s report shows that women now make up 30% of the top artists. Despite this decline in representation, women make up 11 of the Top 25 Auction Artists from 2020-21 and auction sales by younger female artists have increased by 72.8% in the first half of 2021. Auction houses such as Sotheby’s have taken initiatives to increase the visibility of female artists. In May they hosted their first cross category sale, (Women) Artists, devoted solely to work created by female artists.

Renowned institutions are also taking it upon themselves to support NextGen female artists. Almost half of the women represented in the Top 100 artists have international endorsements such as a solo or group exhibition and institutional endorsement from global players including the Tate, MoMA, MoCA, the Guggenheim, and the Whitney. There is a large discrepancy between gallery representation of men and women, and the Top 100 report unsurprisingly found a bias of blue chip galleries favoring male artists. Meanwhile, of the Top 100 NextGen artists, the majority of women are represented by incubator galleries, which are important locations for young artists to foster their career.

While the Top 100 report shares some not so surprising  findings such as  New York remaining a central market hub and male artists’ markets dominating over female artists’ markets — the nuances of these findings provide important insight into a changing future. These statistics display an emerging artistic market outside of the hegemonic West. An artistic hub in Asia is gaining momentum and can compete, and at times surpass, Europe and the US. While Artists outside the Western sphere typically migrate to New York or London, the Asian market continues to grow on its own and support itself, keeping both its artists and money within. The data also shows opportunity for financial growth for women, as well as larger spaces for representation and commercial success.

Looking broadly, it is obvious that much change still has to come. The ‘global market’ is not so global if artists must move to centers such as New York or London for their education and to find success in their career. Markers of artistic success, such as the establishment of ‘global’ blue-chip galleries, remain located in Europe and North America and the most notable museums and biennials follow suit. Although women far surpass men in taking the preliminary steps for artistic success, with almost one-third of the Top 100 female artists earning a Master’s in art while less than half of men do the same, the number of artists in the Top 100, amount of solo shows, and blue-chip  gallery representation still remain dominated by men. As sociologist Taylor Witten Brown sums up in Artsy, “Only two works by women have ever broken into the top 100 auction sales for paintings, despite women being the subject matter for approximately half of the top 25”. Not only does representation need to grow, the support from the market does as well.