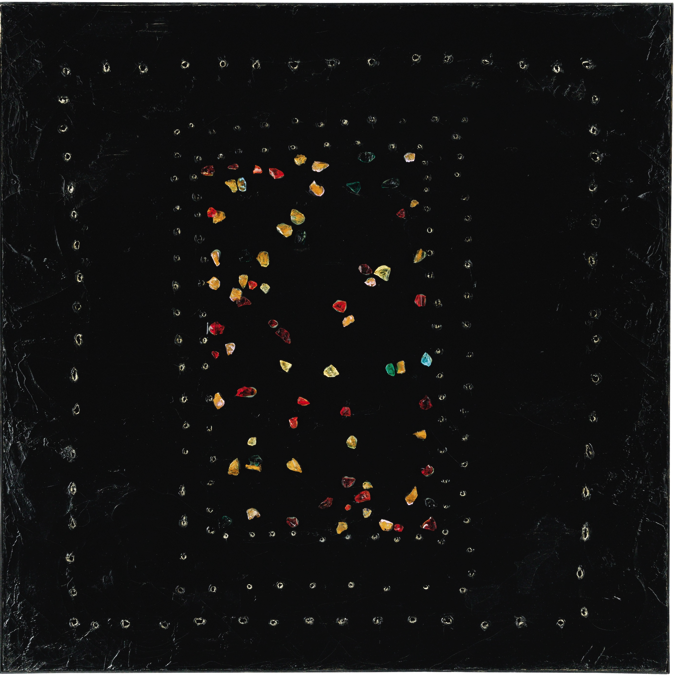 Highlights from the 2017 Italian Sales in London

The London art world has been holding its breath during the always hectic first week of October. At the height of Frieze week madness, Sotheby’s and Christie’s hosted their annual Italian sales, “In Context: Italian Art” and “Thinking Italian”, on the 5th and 6th of October respectively.

2017 marks a crucial moment in the development and success of the Italian sales overall. After three years of continuous growth starting in 2013, the sale reached its apex in 2015 with an incredible cumulative turnover of £83.5 million (including buyer’s premium). The following year saw the Italian sale decrease by half, with the turnover plummeting to £41.9 million.

In anticipation of this year’s Italian sales, many wondered if the market for Italian art would correct itself or continue to drop. Fortunately, with a cumulative turnover of roughly £50.6 million (including buyer’s premium), this year’s sales demonstrate that the market for Italian art has more or less stabilised. While the turnover is still much less than its 2015 levels, it seems that the art world can exhale – for the time being.

The star lot from this year’s sales was Lucio Fontana’s Concetto Spaziale, In piazza San Marco di note con Teresita (1961), which hammered at £8.7 million (£10 million with buyer’s premium). A coup for Christie’s, this work is the third highest auction record ever achieved at October Italian sales in London. The highest record is also claimed by Fontana, and was achieved in 2015 when Sotheby’s sold Concetto Spaziale, La Fine di Dio (1963) for £14.1 million (£15.9 million with buyer’s premium).

Fontana has long dominated the Italian sales, and 2017 is no exception. Between the two sales, thirteen of the sold lots were by Fontana, and he represented 23% of the lots sold in the Italian sale this year.

Overall, the two auction houses took two very different approaches to the 2017 sale. Sotheby’s took a broader approach, supplementing Italian works with pieces by non-Italian artists associated with the ZERO movement, such as Günther Uecker, Walter Leblanc, and Roman Opalka. Sotheby’s expansion of the sale in order to underline “central artistic dialogues between Italian and international artists” led to the surprising inclusion of lots by artists such as Yayoi Kusama, Josef Albers, and Alexander Calder, the latter two of which went unsold.

Meanwhile, Christie’s more concentrated strategy of offering fewer higher-selling lots led to a successful overall turnover of approximately £32 million (including buyer’s premium). Ultimately, Christie’s was able to earn almost £13.8 million more than Sotheby’s, despite offering fourteen fewer lots in their sale. Sotheby’s sold four lots in the £1-2 million range, and one lot in the £2-3 million range, while Christie’s sold their top five lots for £1.1 million, £2.8 million, £3.7 million, £7.5 million, and £10 million.