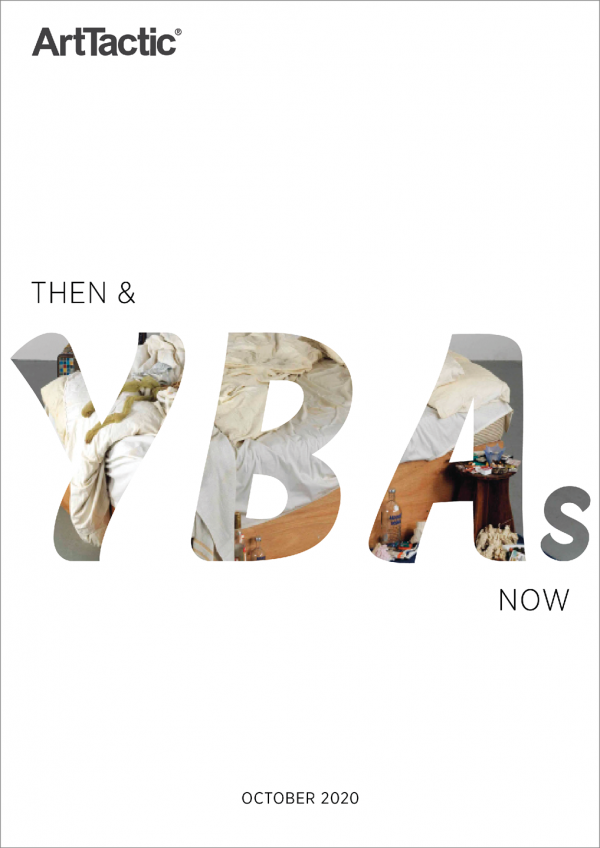 We are pleased to launch our inaugural report titled Then & Now – a series of reports that will explore how different artist groups or movements from the past are faring in today’s auction market. In this first edition of the series we look at the group of Young British Artists (YBAs) who emerged during the 1990s and in particular, those artists that participated in the infamous Sensation exhibition at the Royal Academy of Arts in 1997.

The analysis focuses on the auction activity for this group of artists between 2015 and up to 7th October 2020, and looks at how different artists have managed to sustain an active auction market 25 years after the group came to notoriety.

The analysis is based on 32 artists with nearly 1,100 offered lots at Sotheby’s, Christie’s and Phillips Evening, Day and Incubator sales. We have also included two major single owner collections; the Frank and Lorna Dunphy Collection (Damien Hirst’s former business manager) at Sotheby’s in September 2018 and the George Michael Collection at Christie’s in March 2019.

Analysis on ‘Beyond the Top 5’ YBAs