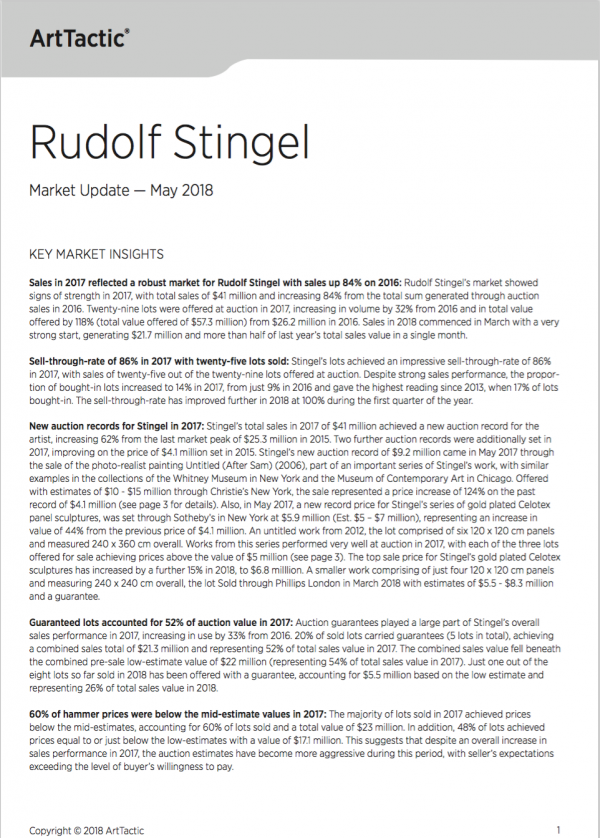 Sales in 2017 reflected a robust market for Rudolf Stingel with sales up 84% on 2016: Rudolf Stingel’s market showed signs of strength in 2017, with total sales of $41 million and increasing 84% from the total sum generated through auction sales in 2016.

Positive start to 2018: Sales in 2018 commenced in March with a very strong start, generating $21.7 million and more than half of last year’s total sales value in a single month.

New auction records for Stingel in 2017: Stingel’s new auction record of $9.2 million came in May 2017 through the sale of the photo-realist painting Untitled (After Sam) (2006), part of an important series of Stingel’s work, with similar examples in the collections of the Whitney Museum in New York and the Museum of Contemporary Art in Chicago.

This Market Update follows on the Rudolf Stingel Market Report published by ArtTactic in May 2017.