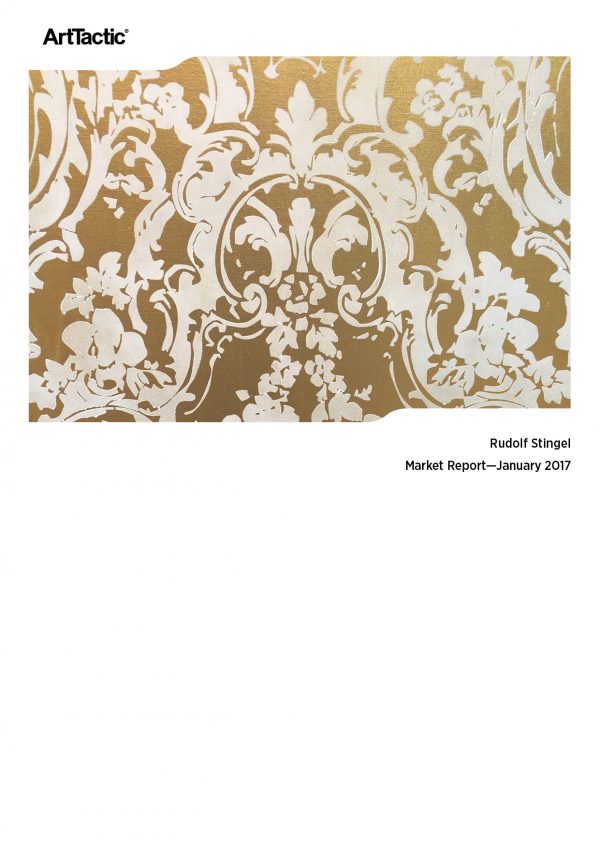 2016 concluded with a record price at auction. The 2016 November sales in New York saw the consignment of only a single work by Rudolf Stingel, following the sale of five works during the previous month in London. The gold painting on canvas from Stingel’s series of stencilled carpet pattern works achieved a record price for this series of $3.3 million (estimates $2 million – $3 million), up 14% from the previous record achieved for a similar silver carpet patterned painting in November 2015, also through Sotheby’s New York.

This Market Report is the first Stingel research published by ArtTactic and is to be followed by regular updates.

ANALYSIS BY SEGMENTS INCLUDING; BREAKDOWN BY PERIODS BY YEAR OF CREATION AND PRICE SEGMENTATION 2006-2016

ARTWORK ANALYSIS BY MEDIUM, PAINTING SERIES, PERIODS BY YEAR OF CREATION AND COLOUR.