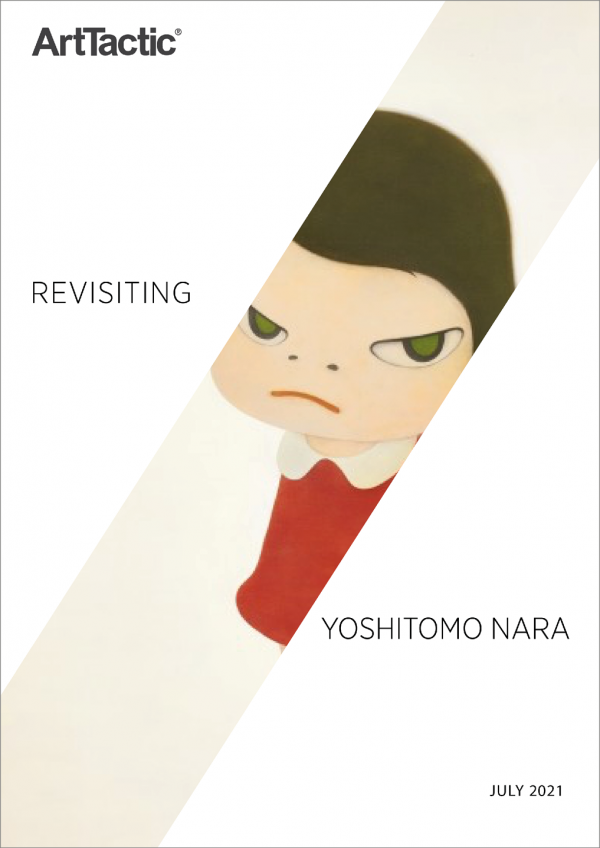 Upgrade MembershipYou will need to upgrade to the Analyst Pro annual plan to download these assets.

This is the fifth of our Revisiting reports – a series of 2-page auction trend analysis on individual artists. In this edition of the series we look at Yoshitomo Nara with insights taken from our recent Contemporary Art Market Confidence Report – July 2021.

Yoshitomo Nara (b. 1959, Hirosaki, Japan) is among the most beloved Japanese artists of his generation, known for his widely recognised portraits of a small girl with piercing eyes and an often menacing expression. In 1987, Nara graduated from Aichi University of the Arts with a Master’s Degree, completing further studies at the Kunstakademie Düsseldorf, from 1988 to 1993, before settling in Cologne in 1994. Nara began his career during the decade he spent in Cologne, and from the mid-1990s he exhibited widely in Europe, the US, and Asia. He returned to Japan in 2000 which coincided with a surge of global interest in Japanese pop culture, particularly strong in the US.