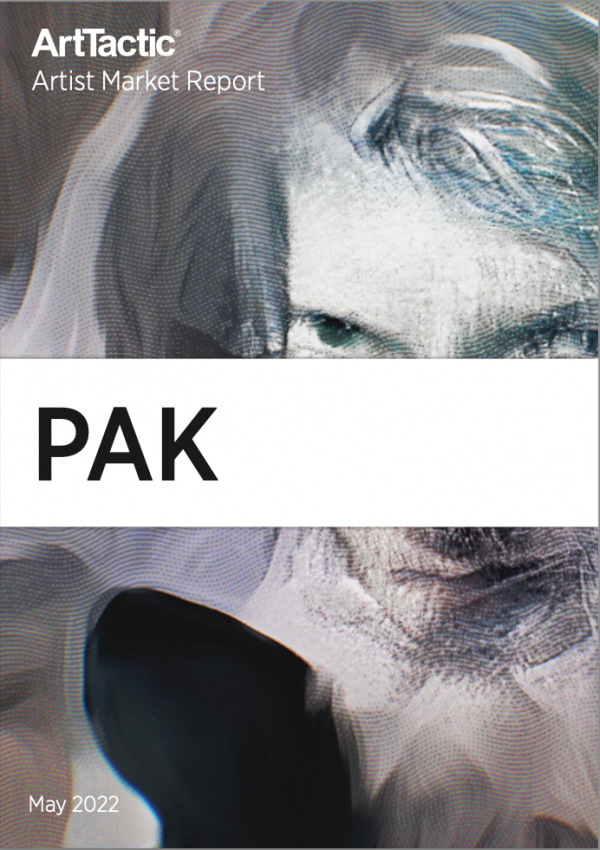 ArtTactic is delighted to launch the inaugural market report on Pak, one of the most important NFT artists today. Building on ArtTactic’s unique research methodology, this report provides a 360° view of the Pak market, ranging from an in- depth analysis of each NFT project, to collector analysis and social media following. This is the first extensive market analysis produced on Pak, and signals ArtTactic’s commitment to the NFT space.

Pak is considered one of the true pioneers and innovators in the NFT art space, and was among the first NFT artists to invent and explore new models of collecting NFTs, through projects such as Merge, Lost Poets, The Fungible and project “X”.  In the period between February 2020 and April 2022 has seen the sale of more than 180,300 NFTs by Pak across the primary and secondary markets (total single edition, limited edition, and open edition sales), raising a total value of $394.9 million in just over two years.

A collaboration between Pak and Julian Assange in February 2022, saw the launch of Clock, a single edition NFT sold at auction, which featured a muted timer counting down the number of days Assange had been imprisoned. Clock sold for a record $51.5 million, marking the second highest price ever paid for an NFT at auction, just behind Beeple’s Everydays: The First 5000 Days, which sold for $69.3 million at Christie’s in March 2021.

Like most of the NFT market, social media plays a key role in the generating interest and awareness. For Pak, Twitter drives 62% of media traffic, followed by 18% of mainstream and crypto news, 18% is related to crypto and art blogs, and 1% comes from the Reddit network.