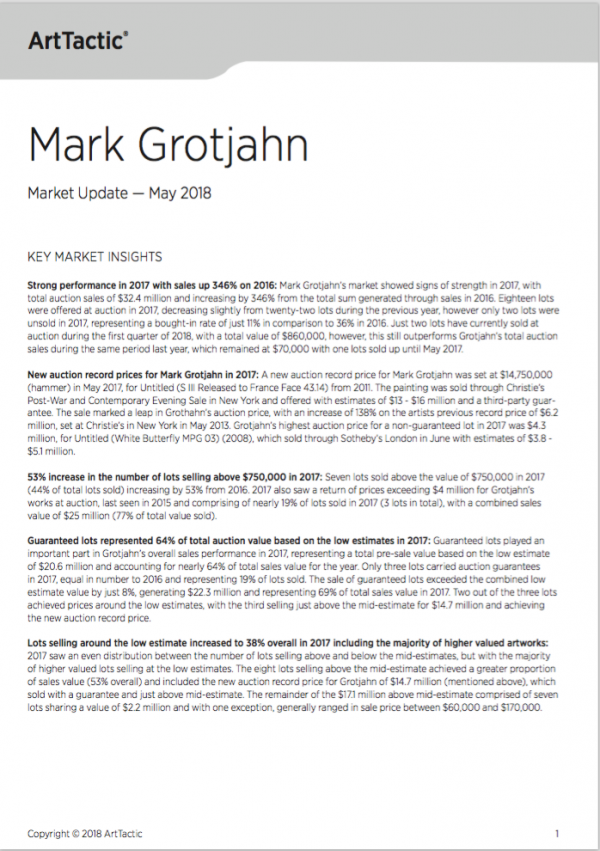 New auction record prices for Mark Grotjahn in 2017: A new auction record price for Mark Grotjahn was set at $14,750,000 (hammer) in May 2017, for Untitled (S III Released to France Face 43.14) from 2011. The painting was sold through Christie’s Post-War and Contemporary Evening Sale in New York and offered with estimates of $13 – $16 million and a third-party guarantee.

This Market Update follows on the Mark Grotjahn Market Report published by ArtTactic in May 2017.