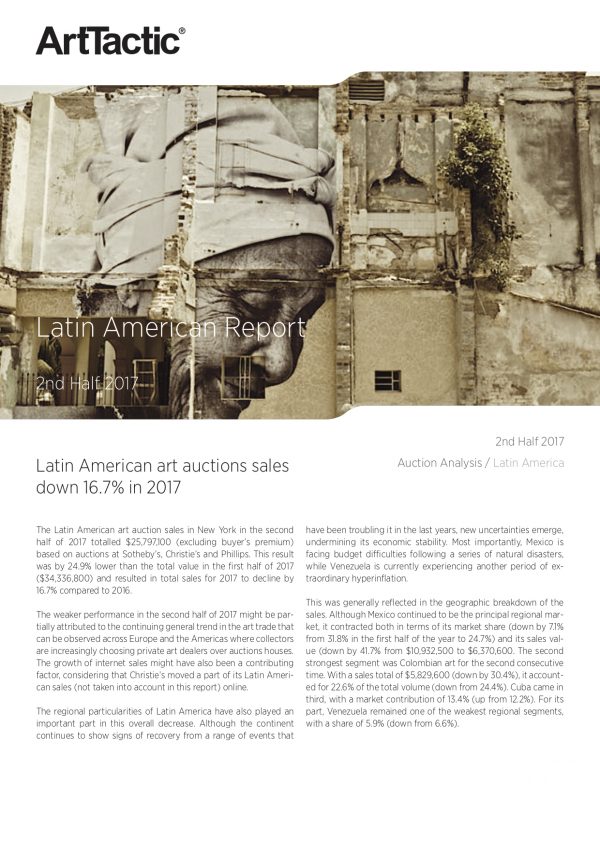 This report presents an in-depth analysis of Latin American sales at Christie’s, Sotheby’s and Phillips, and provides a comparison of auction trends between 1st and 2nd half of 2017. The analysis also provides analytical tools looking at 6 monthly trends between 2009 and 2017.

This report is popular among collectors, auction houses and financial investors, who want to get an in-depth understanding of Latin American art auction trends and follow the performance of the three main auction houses over the course 2017.

Latin American art auctions sales down 24.9% in the second half of 2017