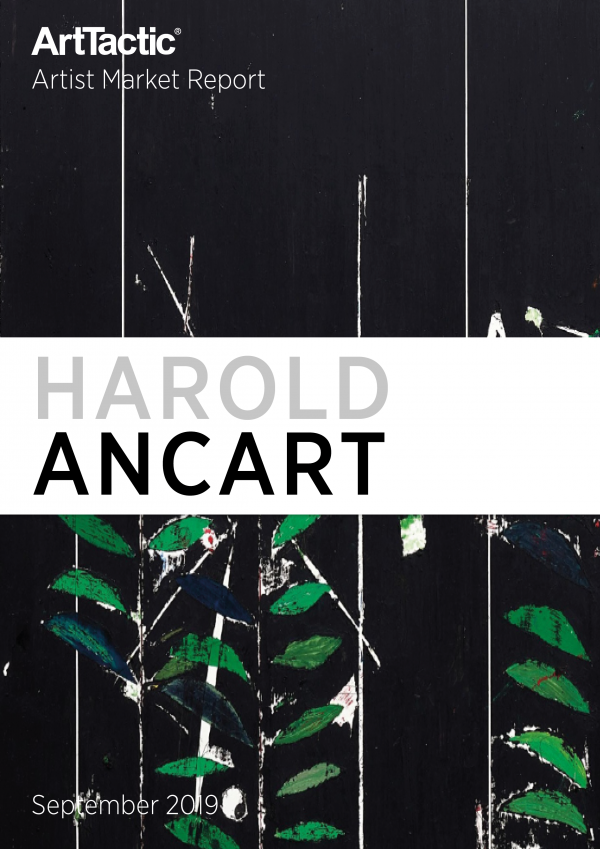 This is the inaugural ArtTactic report on the market for Harold Ancart (Belgian, b. 1980). The report analysis takes a forensic look at different aspects of his market, including experts’ market confidence, exhibition and institutional analysis, as well as an in-depth look at every aspect of his auction market, broken down into specific series of works that underpin his career.

100% sell-through rate at auction since 2013: Overall, Ancart’s market has shown an impressive sell-through-rate of 100% since 2013, with all of his fifty-four lots finding buyers at auction.

A healthy level of curatorial attention: Ancart’s exhibition activity has been robust in recent years, both in the context of commercial and non-commercial or institutional shows. 2011-2014 saw an average of six commercial shows each year and although this reduced to an average of four shows between 2016 and 2018, the quality of the exhibitions has been very strong, with three solo or two-person shows with Clearing, in New York in 2018, along with his first solo show in the UK, with David Zwirner. Non-commercial activity has been consistent, with an average of three shows each year since 2016.

Analysis by segments including; Breakdown by Year of Creation and Medium.

ArtForecaster is delighted to launch a new forecasting reward system that awards players with points which can be redeemed in ArtTactic research reports and online courses. This report can be bought by redeeming your ArtForecaster Points.