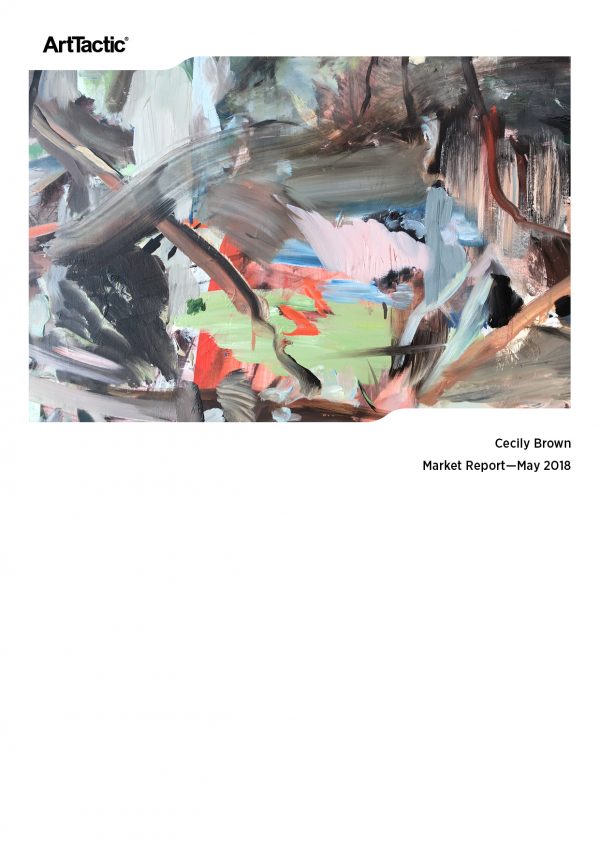 Cecily Brown’s auction market reach record sales levels in 2017 and sets the tone for the market in 2018: After a period of ten years, the market for Cecily Brown reached a new peak in sales in 2017, with a total auction value for the year of $12.2 million. Sales in 2017 represented a marked improvement in Brown’s secondary market following a prolonged slowdown between 2014 and 2016, with total auction sale value for the period amounting to $2.8 million through fifteen artworks. Sales for the artist in 2017 represent the largest value for a single year to date and exceed the previous auction peak of $9.3 million in 2007 by 31%. Sales of $4 million during the first quarter of 2018 represent an all-time high when compared to the artist’s auction sales within the same period during previous years since 2000.

The proportion of guaranteed lots doubles in 2017: The use of auction guarantees in support of sales hasn’t been common within Brown’s auction market, affecting only 5% of all lots sold since 2000 (8 guaranteed out of 151 lots sold). Three of the four guaranteed lots in 2017 achieved prices exceeding their high-estimates, with the fourth selling just below the mid-estimate value.

This Market Report is the first Brown research published by ArtTactic and is to be followed by regular updates.

Analysis by segments including; Breakdown by Year of Creation 2000-2018.