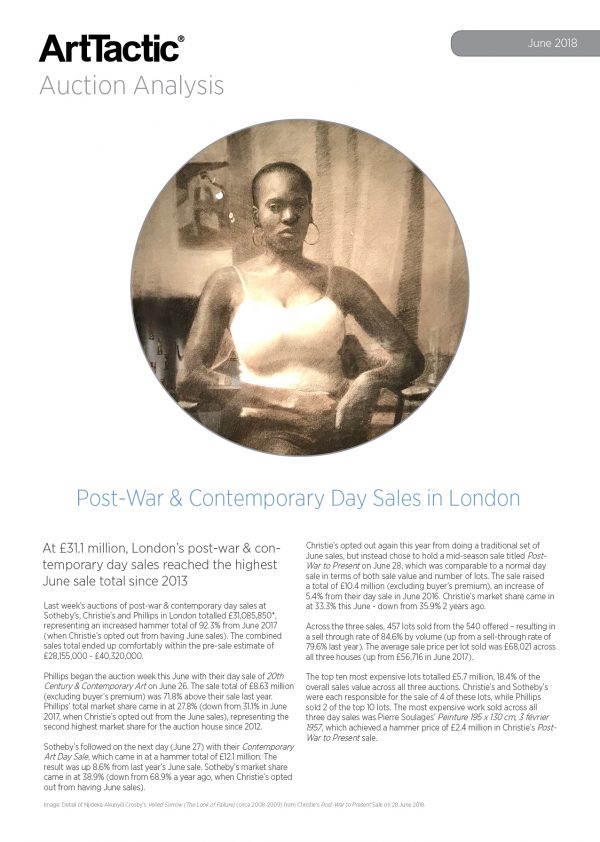 The top ten most expensive lots totalled £5.7 million, 18.4% of the overall sales value across all three auctions. Christie’s and Sotheby’s were each responsible for the sale of 4 of these lots, while Phillips sold 2 of the top 10 lots. The most expensive work sold across all three day sales was Pierre Soulages’ Peinture 195 x 130 cm, 3 février 1957, which achieved a hammer price of £2.4 million in Christie’s Post-War to Present sale.

This report presents an in-depth comparative analysis of the Post-War & Contemporary art day sales at Sotheby’s, Christie’s and Phillips in London in June 2018. The analysis also provides analytical tools looking at annual trends between 2012 and 2018.

This report is popular among dealers, auction houses and collectors, who want to get an in-depth understanding of auction trends in the Post-War & Contemporary art auction market and follow the performance of the top three auction houses in 2018.