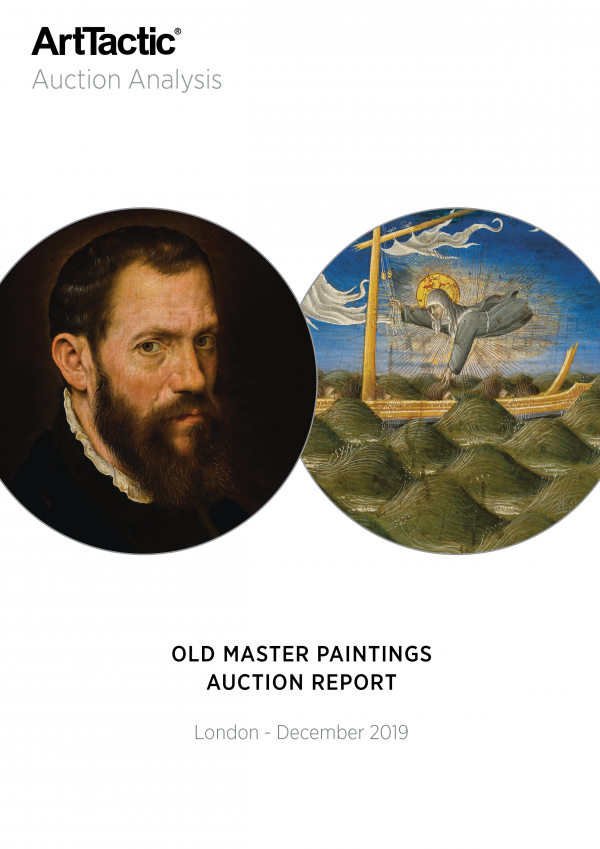 Over the course of an interesting week for the Old Masters, the Evening sales brought in a total of £31,540,000 (excluding buyer’s premium), at the top end of the pre-sales estimate of £22.83 to £33.58 million – the first time since 2016 that the sales have come in at the high end of the estimated range. With 68 lots sold of 83 on offer, the sales had an impressive 82% sell through rate by volume.

The total sale value came in 26% below that of December 2018, and even though more lots sold by volume this season the sales were at
a generally lower price point. However, the atmosphere of the sales was much better than it has been as of late, with a significant amount of bidding in the room, and quite a few lots selling for between two and four times their average estimates. Of the 68 lots sold, only six sold for seven figures, all under £5,000,000, and only one lot estimated to sell within in this range failed to sell.

This report presents an in-depth comparative analysis of the Old Master Paintings evening sales at Sotheby’s and Christie’s in London in December 2019. The analysis also provides analytical tools looking at annual trends between 2010 and 2019.

This report is popular among dealers, auction houses and collectors, who want to get an in-depth understanding of auction trends in the Old Master Paintings auction market and follow the performance of the two top auction houses this year.

Auction Overview: Performance by value and numbers for each auction house.