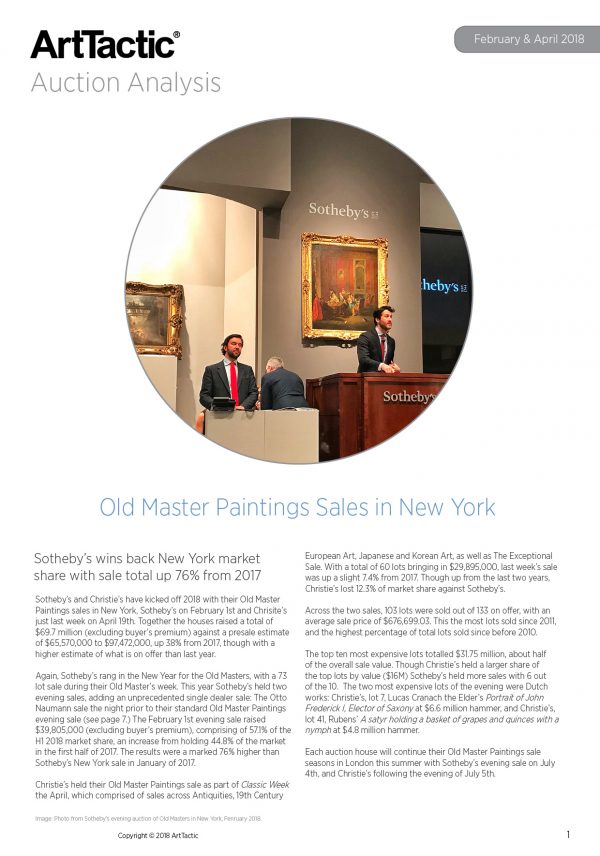 This report presents an in-depth analysis of Old Master sales at Christie’s and Sotheby’s, and provides a comparison of auction trends between the two auction houses. The analysis also provides analytical tools looking at annual trends between 2010 and 2018.

What is new in this report?

Based on feedback from our readers we have added a new section, which provides a detailed list of all the lots in the auction with its sales (hammer) prices. The list also includes list of guaranteed lots, the number of the winning paddle, and which paddle was the most frequent buyer in this particular auction.

This report is popular among dealers, auction houses and collectors, who want to get an in-depth understanding of Old Master art auction trends and follow the performance of the top two auction houses in the first part of 2018.