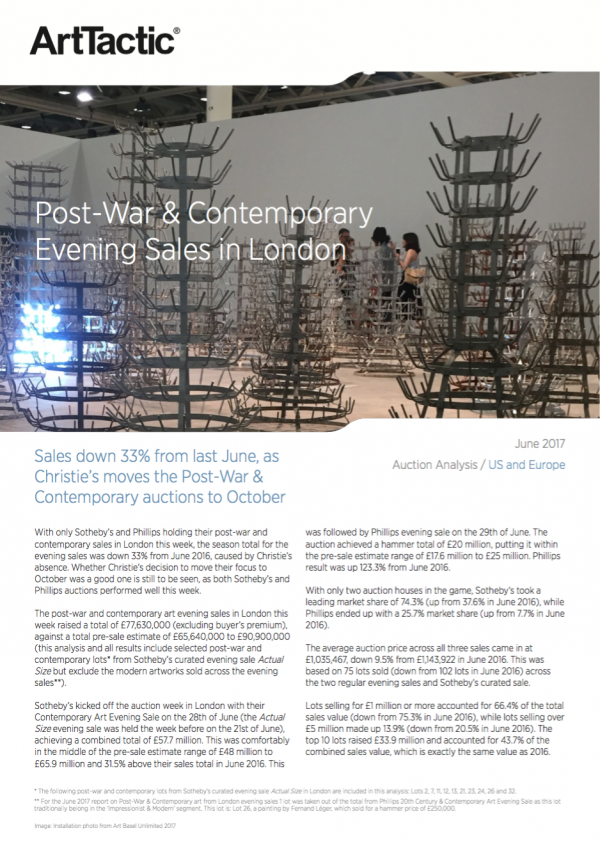 Sotheby’s kicked off the auction week in London with their Contemporary Art Evening Sale on the 28th of June (the Actual Size evening sale was held the week before on the 21st of June), achieving a combined total of £57.7 million. This was comfortably in the middle of the pre-sale estimate range of £48 million to £65.9 million and 31.5% above their sales total in June 2016.

This was followed by Phillips evening sale on the 29th of June. The auction achieved a hammer total of £20 million, putting it within the pre-sale estimate range of £17.6 million to £25 million. Phillips result was up 123.3% from June 2016.