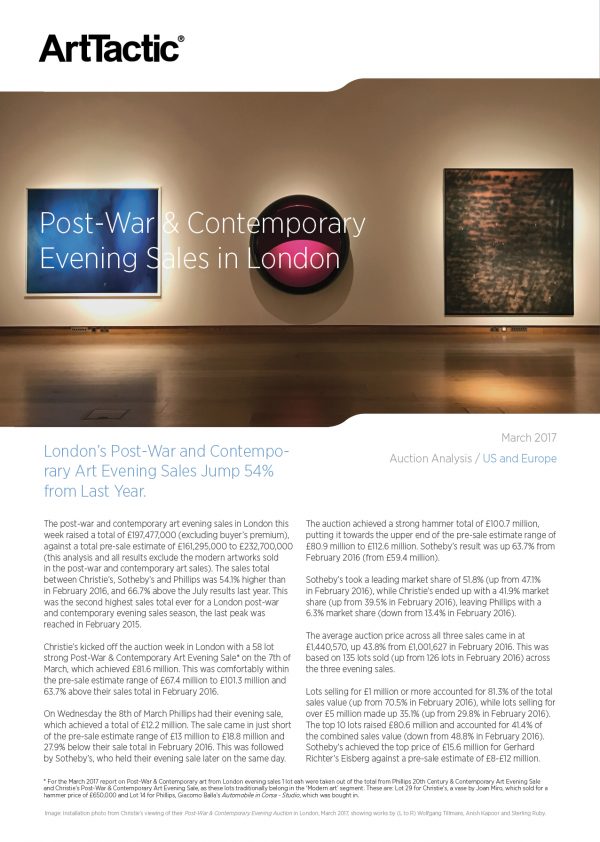 Christie’s kicked off the auction week in London with a 58 lot strong Post-War & Contemporary Art Evening Sale* on the 7th of March, which achieved £81.6 million. This was comfortably within the pre-sale estimate range of £67.4 million to £101.3 million and 63.7% above their sales total in February 2016.

London’s Post-War and Contemporary Art Evening Sales jump 54% from last year with the total value across Sotheby's, Chistie's and Phillips auctions coming in at £197,477,000.