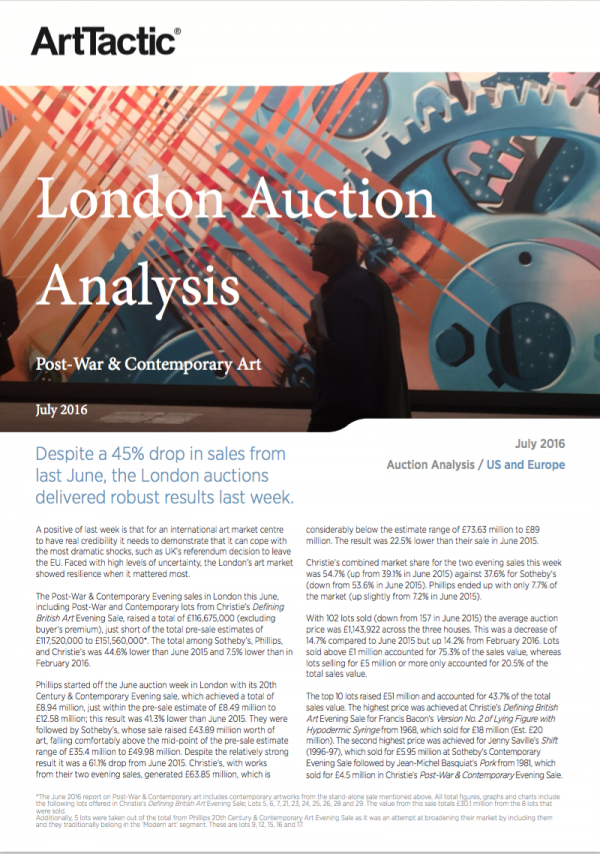 A positive of last week is that for an international art market centre to have real credibility it needs to demonstrate that it can cope with the most dramatic shocks, such as UK’s referendum decision to leave the EU. Faced with high levels of uncertainty, the London art market showed resilience when it mattered most.

Despite a 45% drop in sales from last June, the London auctions delivered robust results last week.