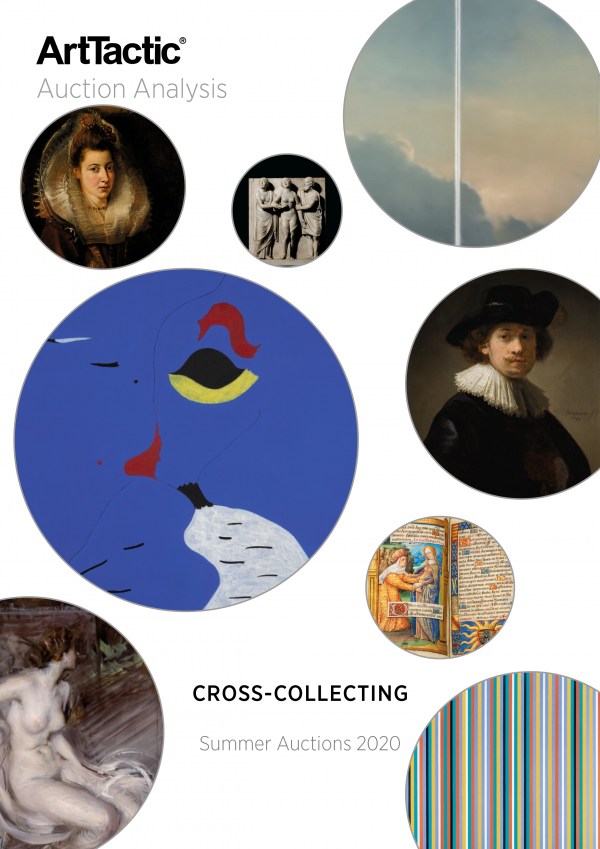 Both Sotheby’s and Christie’s ended their summer seasons with two Cross-Collecting sales, generating a total of £145.5 million against the pre-sale estimates of £122.1 million to £176.2 million. The two auction houses took a different approach both in terms of execution and content. Whilst Sotheby’s continues to build on its successful global hybrid auction format from June, Christie’s returned to a more traditional offline auction format for this sale.

This report presents an in-depth comparative analysis of the Cross-Collecting evening sales at Sotheby’s and Christie’s in Summer 2020. The analysis also provides analytical tools looking at trends within differing generations of artists represented at the sales – Old Master, Modern, Modern British, and Post-War & Contemporary.

This report is popular among dealers, auction houses and collectors, who want to get an in-depth understanding of auction trends in cross-collecting and follow the performance of the top auction houses this season.