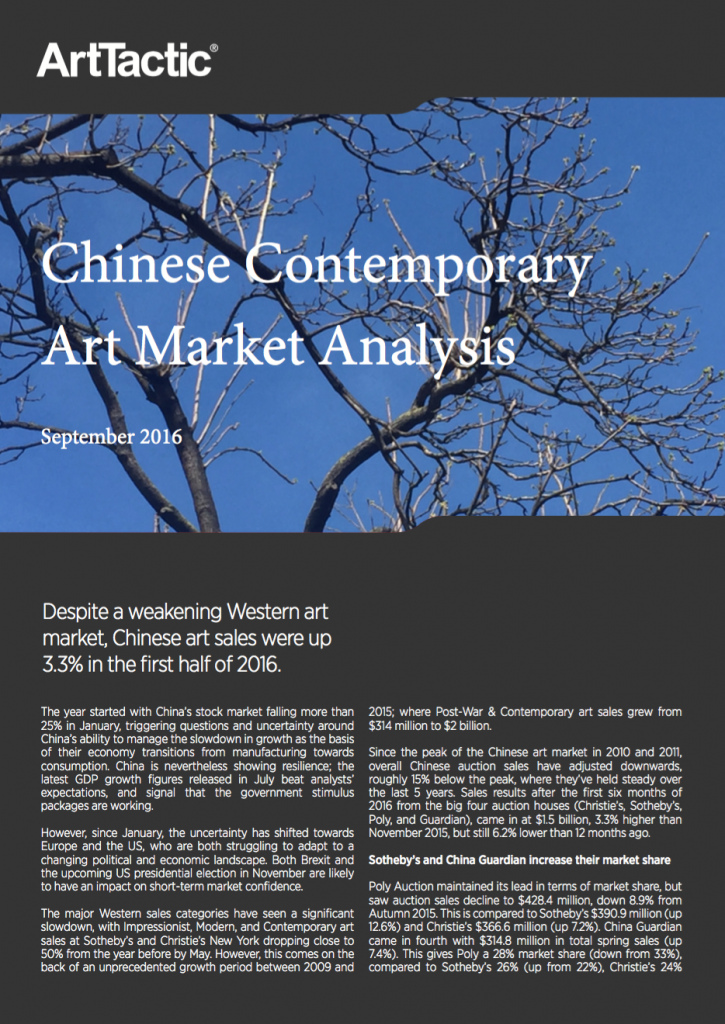 Since the peak of the Chinese art market in 2010 and 2011, overall Chinese auction sales (including Chinese Contemporary Art) have adjusted downwards. Roughly 15% below the peak, where they’ve held steady over the last 5 years. Sales results (all Chinese auction categories) after the first six months of 2016 from the big four auction houses (Christie’s, Sotheby’s, Poly, and Guardian), came in at $1.5 billion. This was 3.3% higher than November 2015, but still 6.2% lower than 12 months ago.

Although the overall Chinese art market did well in the first half of 2016, Chinese Contemporary art sales continue to struggle. The overall Contemporary Chinese sales from Christie’s, Sotheby’s, Poly, and Guardian raised a total of $45.4 million. This represented an overall decline in sales of 21% from Autumn 2015.

As Sotheby’s and Christie’s fail to make an impact on the Chinese mainland art market, Poly and China Guardian have made significant inroads into the Hong Kong market in the last three years.