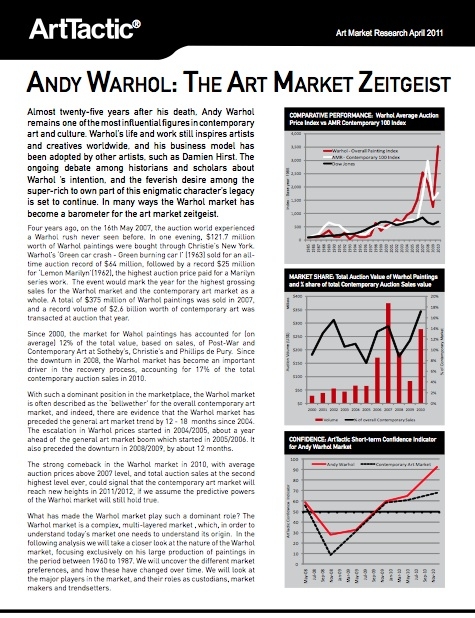 Andy Warhol: The Art Market Zeitgeist
ArtTactic has launched its first research report on the Andy Warhol market, providing an in-depth study of the 2nd largest Western Postwar & Contemporary art market in the world, accounting for 17.2% of the total Poswar and Contemporary auction sales in 2010. The report covers the Warhol auction market between 1980 and 2010. The study also looks at the influence of major collectors and dealers in supporting the market, as well as the increasing institutional (museum and curatorial support) between 1996 and 2010.