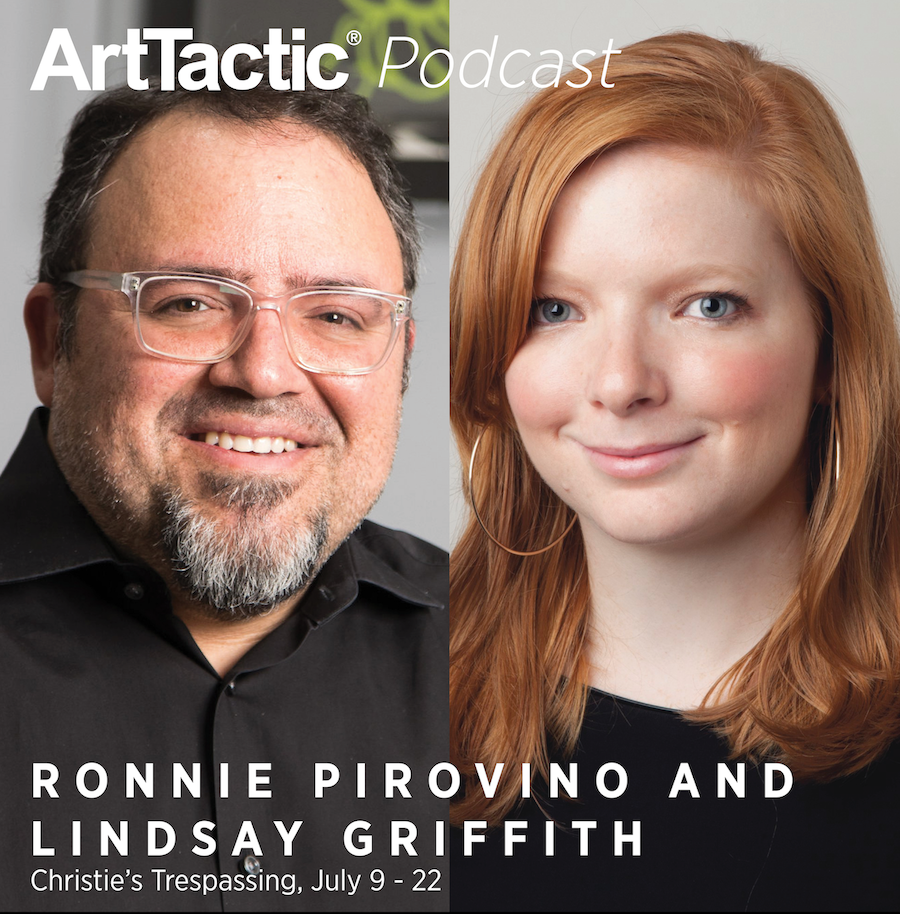 In this week’s episode of the ArtTactic we’re joined by Ronnie Pirovino, contemporary art collector, curator, appraiser and recognized as one of the early and most prolific collectors of KAWS’ work and Lindsay Griffith, Head of Department for Prints & Multiples in New York at Christie’s, ahead of their co-curated auction Trespassing at Christie’s. First, we ask Lindsay about the intersection between urban and contemporary art as well as last year’s inaugural Trespassing sale. Then, Ronnie shares why they included a select number of NFTs in this year’s auction. Also, Lindsay explains how robust the art market is at this moment and why it is doing so well. Further, Ronnie addresses the significant number of urban art collectors who have expanded their collecting interests to more mainstream contemporary artists and how that trend has continued over the past year. Finally, Ronnie and Lindsay share a few of their favorite artworks in their Trespassing auction which is live now at Christie’s.