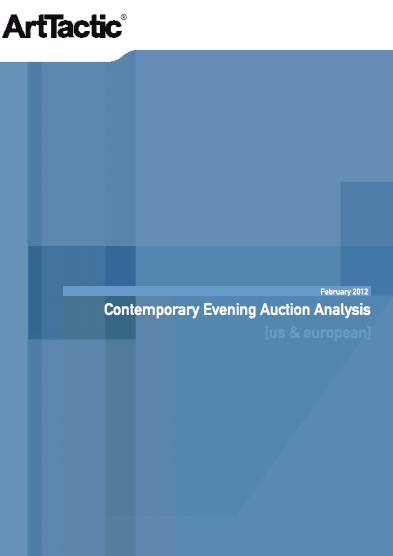 ArtTactic’s Auction Analysis Reports summarise and analyse recent auctions from the key auction houses for each specific geographical region. By collecting and graphing data including volume of sales, average price and bought in rates, the reports are able to judge the success of auctions by comparing the final results to pre-sales expectations.