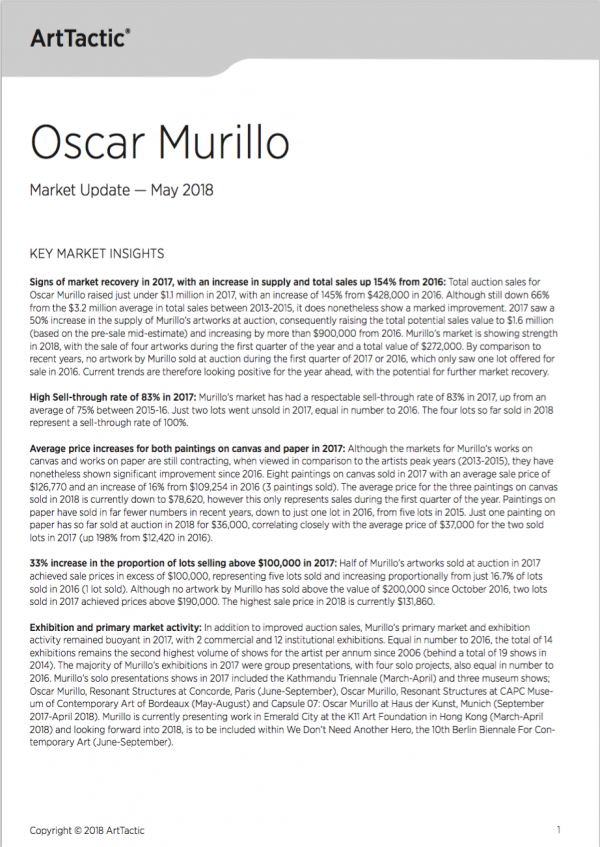 Average price increases for both paintings on canvas and paper in 2017: Although the markets for Murillo’s works on canvas and works on paper are still contracting, when viewed in comparison to the artists peak years (2013-2015), they have nonetheless shown significant improvement since 2016.

This Market Update follows on the Oscar Murillo Market Report published by ArtTactic in June 2017.