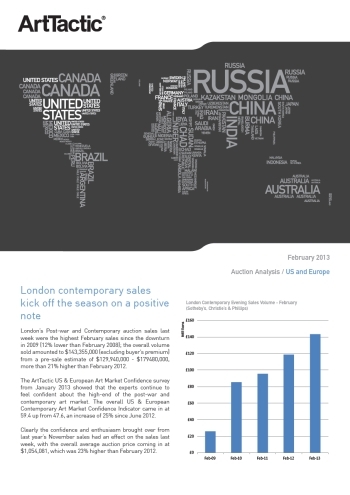 The recent Post-war and Contemporary sales continued the trend of 2012, but the question is whether the trend can be sustained throughout 2013. The art market is already turning its attention to the New York sales in May, and the pressure on the auction houses to continue to find high quality consignments is mounting.