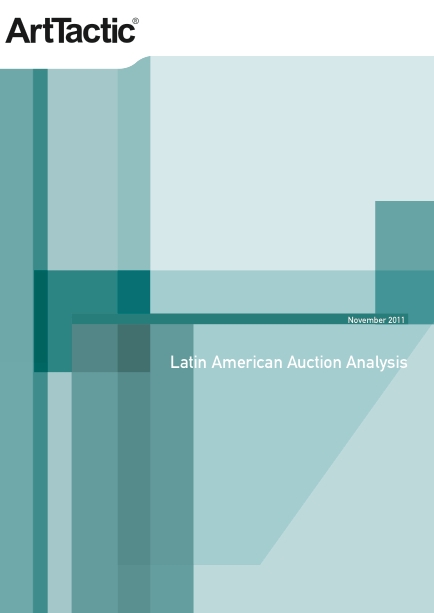 ArtTactic’s Auction Analysis Reports summarise, analyse and compare recent auctions from the key auction houses for each specific geographical region. By collecting and graphing data including volume of sales, average price and bought in rates, the reports are able to judge the success of auctions by comparing the final results to pre-sales expectations.

Expectations for the November 2011 Latin American sales in New York were high after strong results in the post-war and contemporary sales the week before. However, with 758 lots on the block, the focus on quantity rather than quality, was not the best of strategies in the current climate. Although the overall sales total saw a re-bounce from May 2011, the majority of the lots failed to reach their average estimate, and with 35% of the lots failing to sell – the market seemed hesitant about current valuations. The November 2011 Auction Analysis report provides fully updated results and analysis from the three key auction houses leading the Latin American art market (Christie’s, Sotheby’s and Phillips de Pury).