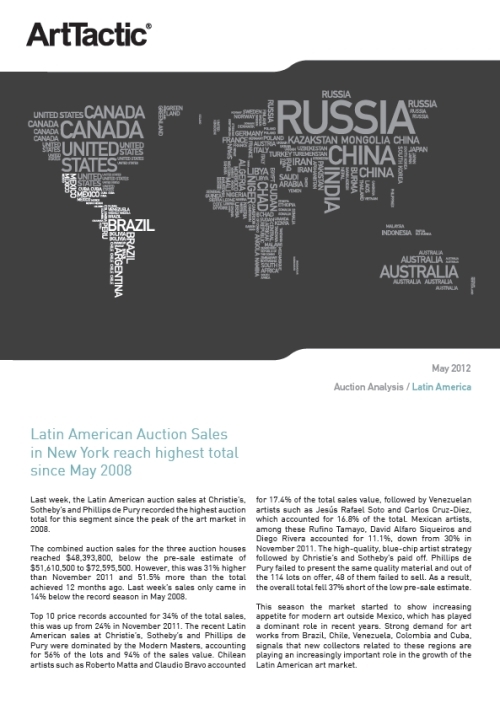 Last week, the Latin American auction sales at Christie’s, Sotheby’s and Phillips de Pury recorded the highest auction total for this segment since the peak of the art market in 2008.

Top 10 price records accounted for 34% of the total sales, this was up from 24% in November 2011. The recent Latin American sales at Christie’s, Sotheby’s and Phillips de Pury were dominated by the Modern Masters, accounting for 56% of the lots and 94% of the sales value.

This season the market started to show increasing appetite for modern art outside Mexico, which has played a dominant role in recent years. Strong demand for art works from Brazil, Chile, Venezuela, Colombia and Cuba, signals that new collectors related to these regions are playing an increasingly important role in the growth of the Latin American art market.