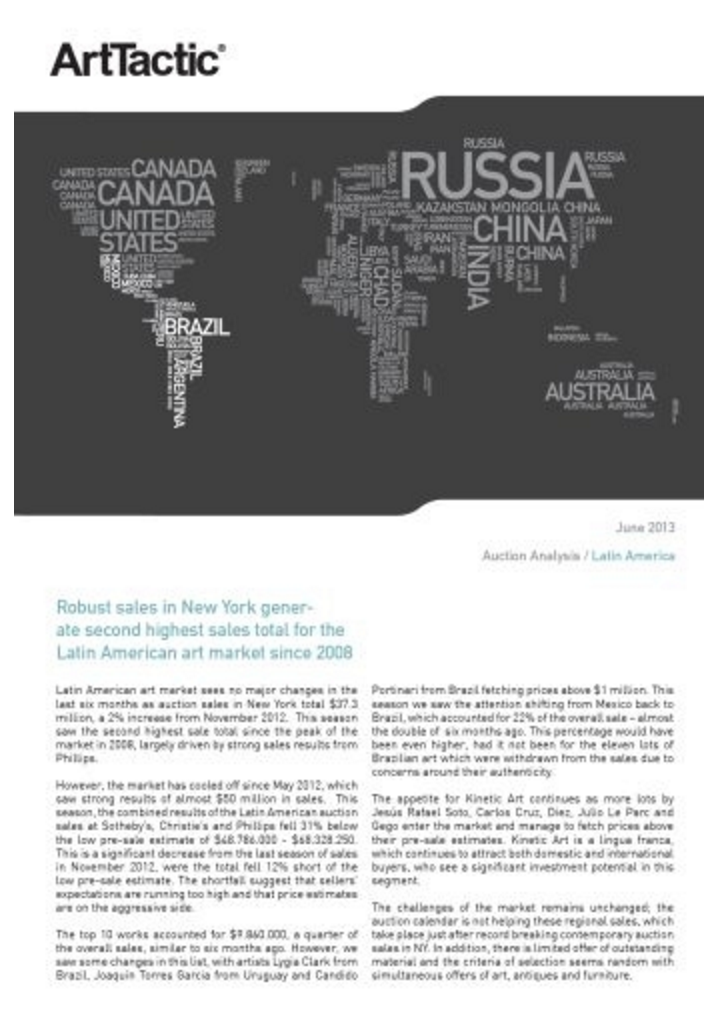 Latin American art market sees no major changes in the last six months as auction sales in New York total $37.3 million, a 2% increase from November 2012. This season saw the second highest sale total since the peak of the market in 2008, largely driven by strong sales results from Phillips.

However, the market has cooled off since May 2012, which saw strong results of almost $50 million in sales. This season, the combined results of the Latin American auction sales at Sotheby’s, Christie’s and Phillips fell 31% below the low pre-sale estimate of $48.786.000 – $68.328.250. The shortfall suggest that sellers’ expectations are running too high and that price estimates are on the aggressive side.