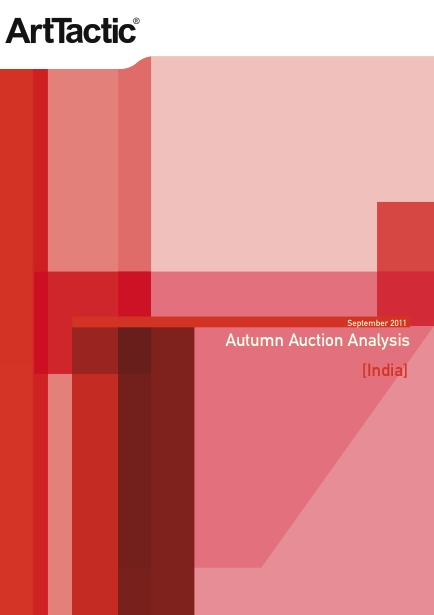 Market flattens out after 12 months of decline
ArtTactic’s Auction Analysis Reports summarise, analyse and compare recent auctions from the key auction houses for each specific geographical region. By collecting and graphing data including volume of sales, average price and bought in rates, the reports are able to judge the success of auctions by comparing the final results to pre-sales expectations.

Though there is a lack of quality work entering the major sales, the auction market for Indian art has levelled out, after three consecutive seasons of decline. The March 2012 Indian Auction Analysis report provides fully updated results and analysis from India’s three key auction houses (Christie’s, Sotheby’s and Saffronart) most recent sales.