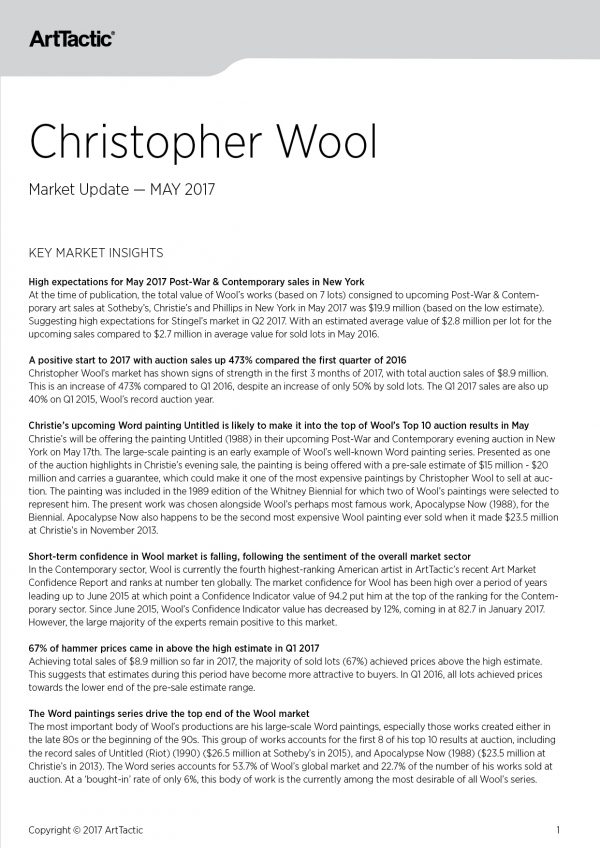 High expectations for May 2017 Post-War & Contemporary sales in New York. At the time of publication, the total value of Wool’s works (based on 7 lots) consigned to upcoming Post-War & Contemporary art sales at Sotheby’s, Christie’s and Phillips in New York in May 2017 was $19.9 million (based on the low estimate). Suggesting high expectations for Stingel’s market in Q2 2017. With an estimated average value of $2.8 million per lot for the upcoming sales compared to $2.7 million in average value for sold lots in May 2016.

This Market Update follows on the Wool Market Report published by ArtTactic in October 2016.

TOTAL SALES AND AVERAGE PRICES 2006-2017, INCLUDING INFORMATION ON UPCOMING MAY AUCTIONS IN NEW YORK.