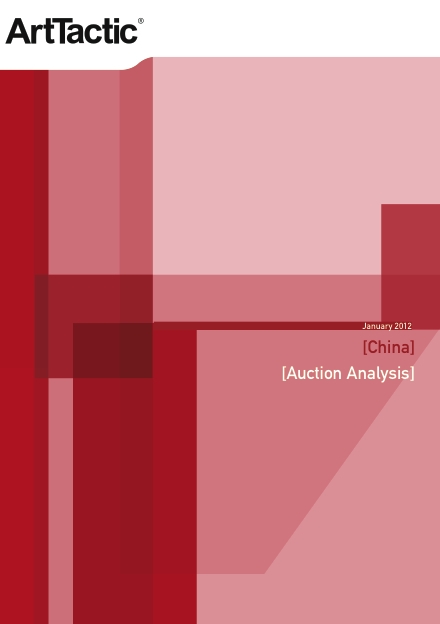 Record year for the Chinese art market, despite slow down in 2nd half of 2011

ArtTactic’s Auction Analysis Reports summarise and analyse recent auctions from the key auction houses for each specific geographical region. By collecting and graphing data including volume of sales, average price and bought in rates, the reports are able to judge the success of auctions by comparing the final results to pre-sales expectations.

With the economic problems in Europe intensifying in the autumn of 2011, many of the global western economies are set for a difficult time ahead. The steam also seems to be coming out of China’s economy. The January 2012 Chinese Contemporary Auction Analysis report provides fully updates results and analysis from China’s four key auction houses (Christie’s, Sotheby’s, Poly and China Guardian) most recent sales.