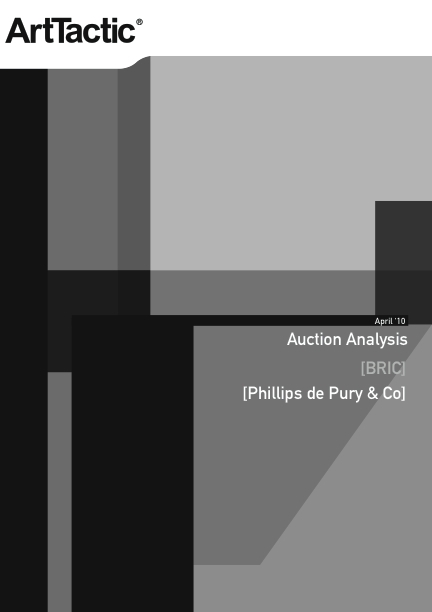 summarise and analyses recent auctions. Analysis covers the key auction houses for each specific geographical region or sector. The reports represent ArtTactic’s unique process. The efforts are to collect and graph data, including volume of sales, average price and bought in rates. Consequently, the reports are able to judge the success of auctions by comparing the final results to pre-sales expectations.

Phillips de Pury’s reduced their original ambitious BRIC sale of originally 434 lots.  This occurred after 56 out of the 111 Brazilian lots never arrived. This was understandable, as it was due to the chaos caused by the volcanic eruption. Despite the pick-up in the demand across most of the BRIC markets in 2010, this was not the full story.  The sale questions the state and speed of the recovery process for some of the individual contemporary markets featured in the sale such as India and Russia.