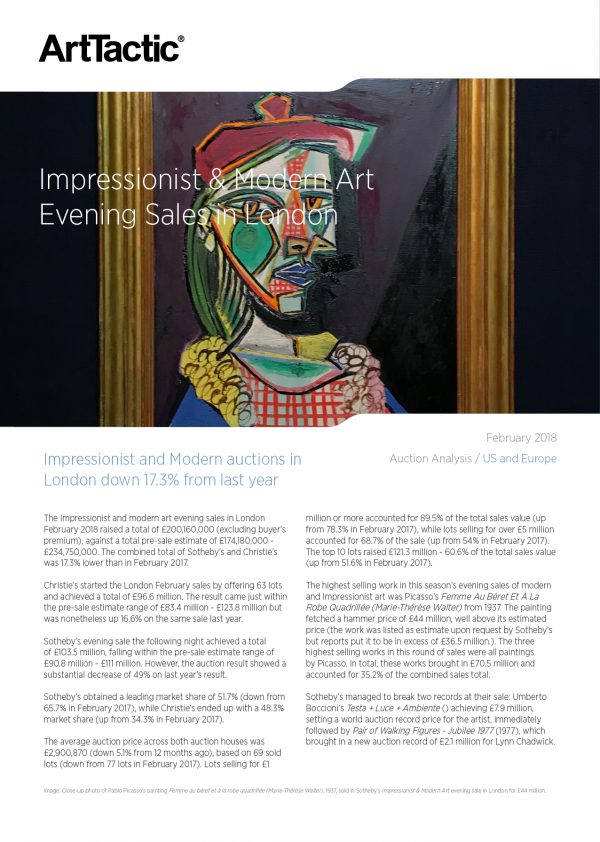 Christie’s started the London February sales by offering 63 lots and achieved a total of £96.6 million. The result came just within the pre-sale estimate range of £83.4 million – £123.8 million but was nonetheless up 16.6% on the same sale last year.

Sotheby’s evening sale the following night achieved a total of £103.5 million, falling within the pre-sale estimate range of £90.8 million – £111 million. However, the auction result showed a substantial decrease of 49% on last year’s result.

Impressionist and Modern auctions in London down 17.3% from last year