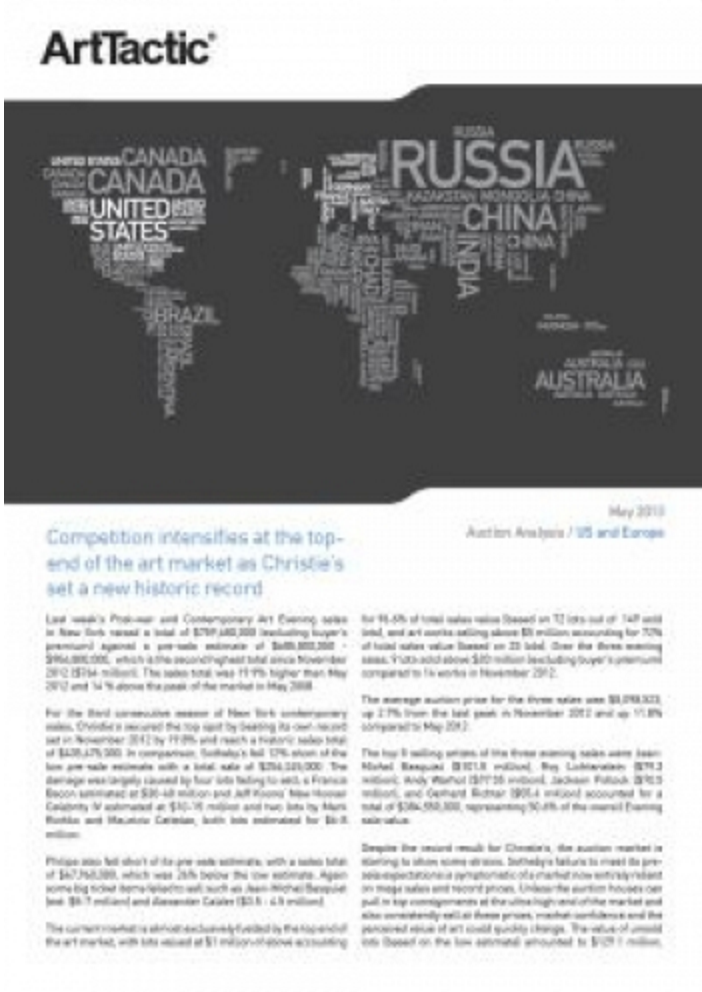 For the third consecutive season of New York contemporary sales, Christie’s secured the top spot by beating its own record set in November 2012 by 19.8% and reached a historic sales total of $435,475,000. In comparison, Sotheby’s fell 12% short of the low pre-sale estimate with a total sale of $256,245,000. The damage was largely caused by four lots failing to sell; a Francis Bacon estimated at $30-40 million and Jeff Koons ’New Hoover Celebrity IV’ estimated at $10-15 million and two lots by Mark Rothko and Maurizio Cattelan, both lots estimated for $6-8 million.

Despite the record result for Christie’s, the auction market is starting to show signs of strain from the intense competition between the top houses. Sotheby’s failure to meet its pre-sale expectations is symptomatic of a market now heavily reliant on mega sales and record prices. Unless the auction houses can pull in top consignments at the ultra high-end of the market and also consistently sell at these prices, market confidence could quickly change.