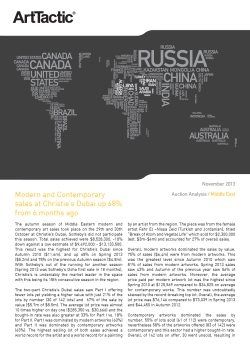 With Sotheby’s out of the running for another season (Spring 2013 was Sotheby’s Doha first sale in 18 months), Christie’s is undeniably the market leader in the space with this being its 15th consecutive season in the region.