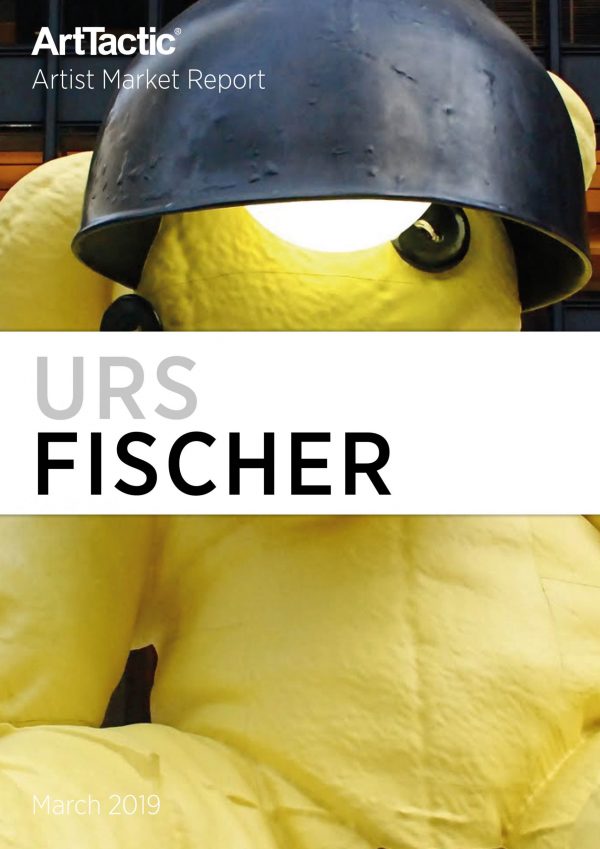 This is the inaugural ArtTactic report on the market for Urs Fischer (Swiss, b. 1973). The report analysis takes a forensic look at different aspects of his market, including experts’ market confidence, exhibition and institutional analysis, as well as an in-depth look at every aspect of his auction market, broken down into specific series of works that underpins his career.

Short-term market confidence jumps 38%, but some uncertainty around the longer-term prospect of the market: Last year, Urs Fisher’s short-term confidence ranking jumped 38% in the first 9 months of the year, from 58 in January to 79 in September, signalling a positive consensus among experts about the short-term future of this market. A total of 37% of the experts surveyed believe the Fisher market will sustain its high importance in the long-term (up from 19% January 2018), with 53% saying they believe it to be of medium importance.

ArtTactic offer bespoke reports on other artists and the contemporary art market. For further information and a cost estimate please contact us on info@arttactic.com.

Analysis by segments including; Breakdown by Year of Creation and Medium.

Short-term market confidence for Fischer jumps 38%, but some uncertainty around the longer-term prospect of the market remain