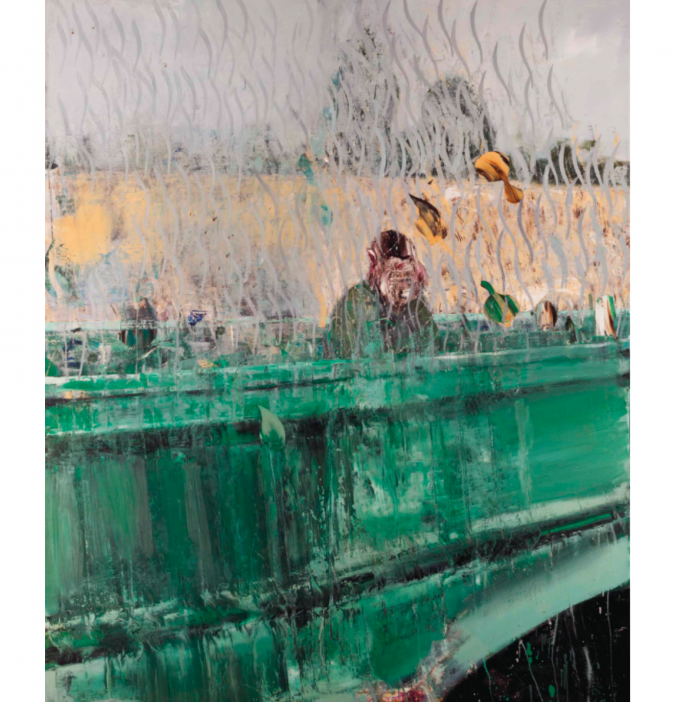 I’m really excited about our new market analysis, Wet Paint Market Report 2015-2019. It’s a good one and one that was different for us to design, analyze, and write. In this report we’ve looked at art works that have been put up for auction within 3 years or less of their creation dates. These paintings (and also sculptures, photography, and works on paper) have changed hands faster than the paint can dry.

Generally, when talking about a ‘wet paint’ market the term ‘flipping’ is often mentioned. For some in the art world, flipping is a dirty word and denotes speculative buying practices that can harm artists’ careers, especially those just emerging. Flipping can often lead to rapid run-ups in auction prices, which results in a shift in an artist’s career trajectory causing a temporary disequilibrium between economic and cultural value associated with the artist’s market. We outline this in-depth in our Wet Paint Market Report. A strong case study often used when discussing the impacts of flipping is Zombie Formalism – a term coined by artist and critic, Walter Robinson in 2014 to describe a group of young artists who received unprecedented market speculation.

Beginning in 2011, artworks grounded in Abstract Expressionism that incorporated ‘theatrics’ (such as employing fire extinguishers or deploying chewing gum) created buzz in the art world. Critics, like Jerry Saltz, described the works as ‘easily digestible’, ‘decorator-friendly’, and ‘tailor-made for instant digital distribution and viewing’ – a.k.a. Zombie Formalism was made for the market and appealed to the masses, not those who were privy to the inner-workings of the art world. This new group of work arose at an opportune moment when young, new-comer collectors were looking to invest in alternative assets like art. And as a result of speculative practices, ‘bidding wars sent individual works to totals more than 3,000% beyond their prices just two years earlier’.

Post-Zombie Formalism apocalypse, we report that the Wet Paint market continues to play a significant role in the market for younger artists. 40.6% of the lots in our data sample were from artists aged 45 and under. Among them was Romanian artist, Adrian Ghenie (b. 1977) whose recently created artworks (created within 3 years or less) accounted for 19.4% of total lots sold and 21.6% of overall auction sales value for the artist in the period 2015 to 2019. 2016 was a peak year for Ghenie, both in terms of lots offered and sales value, making up 62.2% of his Wet Paint market total. The artist’s Wet Paint market has waned since then, with no sales reported in 2018 and $1.1 million in sales in 2019 – suggesting that the level of speculation in his market has faded in recent years.

The intricacy of calibrating an artist’s career trajectory is exemplified by Ghenie’s market. In 2015, Ghenie told The New York Times at the Venice Biennale that he was aware of art market pressures and that he felt the speculation growing around him as an emerging artist. He was, of course, spot on. Ghenie’s market began to build several years prior in 2009 when François Pinault acquired Nickelodeon (2008) and really began to pick up steam when he exhibited at the Palazzo Grassi museum in Venice in 2011. Then, in 2015, Ghenie produced a three-part exhibition for the Romanian pavilion at the 56th Venice Biennale. These key activities (amongst many others) provided the foundation for new price levels (both on the primary and secondary markets) to be achieved for the artist.

This delicate dance between economic and cultural value was (and is) no better understood than by Ghenie’s galleries then and now (he’s currently with Galerie Thaddaeus Ropac, Nicodim Gallery and Pace Gallery). Gallerist, Thaddaeus Ropac was quoted in 2016 saying, ‘We’re working on major museum shows because this is what he needs now, not another auction record’. I think this was hugely important to recognize and perhaps the life vest Ghenie needed to be saved from market over-speculation.

Today, the speculation around Ghenie’s market seems to have faded. Though, I look forward to seeing if he conquered the art market on ‘fast-forward’ once and for all. And for this, only time will tell. In the short term, things are looking promising for him, as he ranks 8 (out of top 10) on our short-term confidence index for on-the-rise artists.

Through our analysis we found that a large component of the wet paint market is driven by sales for charity – 42% in 2019. Therefore, our report also provides insight into charitable donations from artists and their galleries, and looks into what impact and role these sales have on the market today. Read the full report here.