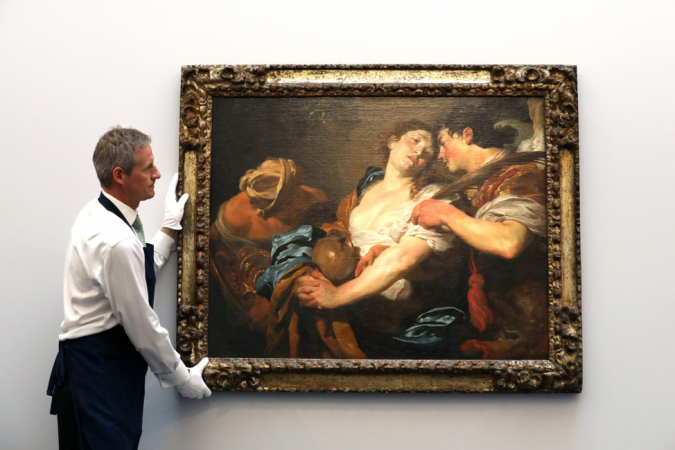 Financial guarantees—the art market’s hybrid of hedging risk and rolling the dice—are now finding their way into Old Master auction sales. As we wrote in our inaugural Auction Guarantee Analysis, guarantees are playing an increasingly important role at the top end of the Post-War & Contemporary art market, with guarantees frequently accounting for 50-60% of the total estimated value. While this phenomenon has become commonplace for Post-War & Contemporary sales, and even Impressionist and Modern sales, the Old Master sector is considerably new territory for financial guarantees.

Simply put, guarantees offer a high level of certainty (and security) for both the auction house and the seller. This agreement allows the auction house to secure a consignment and the seller receives a minimum price, regardless of the final hammer. Guarantees are a neon-sign of the increasing financialization of the market. But what does this mean for the Old Master market in particular?

There is no doubt that guarantees provided Sotheby’s with an added boost this season with a 35.2% increase in year-on-year sales. The July 2019 Evening sale was practically pre-sold for Sotheby’s, with 11 of 37 lots guaranteed. These 11 lots were estimated to bring in £28.5 million and ultimately realized a total hammer price of £29.53 million, or 62% of the sales value. Sotheby’s nearly doubled its offering of guaranteed lots in 2019 compared to last year’s July Evening sale, where 6 guaranteed lots were on offer with a total average estimate of £3.6 million. These lots realized a collective £5.79 million hammer price (excluding buyer’s premium), making up only 16% of the total sales value.

Christie’s, on the other hand, decreased their guaranteed lot offering by half compared to last year. In 2018, 4 guaranteed lots were offered at an estimated average total sales value of £1.9 million and realized a total hammer price of £4.38 million (excluding buyer’s premium). This year, the 2 lots with guarantees were estimated to sell at an average total of £550,000 and realized a disappointing £360,000 total hammer price (excluding buyer’s premium).

The guarantee “status” of the Old Masters market is promising as it shows confidence in the sector like never before. Perhaps, the pendulum is swinging back towards the Old Masters market after hovering around the Post-War & Contemporary market for some time. This being substantiated by the decrease in guarantees and sales totals in Post-War & Contemporary sales this past June. It also shows signs of new opportunities for buyers and sellers, and as we explained in our Summer 2019 Old Master Paintings Report, recent art discoveries have pumped new life into the Old Masters market and auction houses are consciously re-branding Old Master weeks with a 21st century spin. All things considered, it seems the art market really is out with the new.