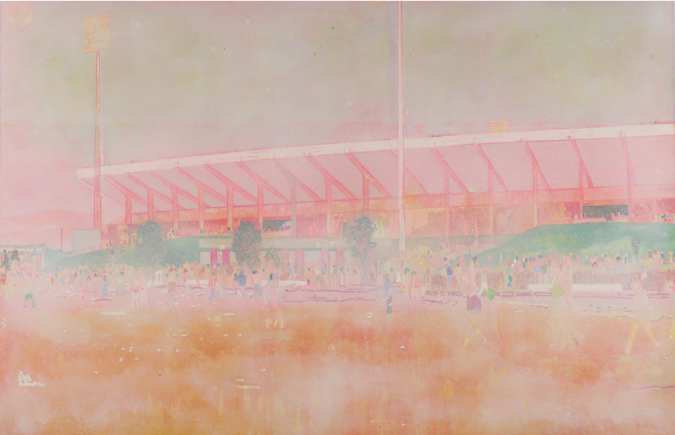 Was the Banksy prank a convenient distraction from more serious issues in the art market?

The media is still inundated with reports of the shredding Banksy stunt, which offered a convenient distraction from many more serious issues facing the auction market. Now that the dust from the media storm has settled, it’s important to examine with clear eyes the larger issues in the Post-War and Contemporary market today.

Post-War and Contemporary Evening Sales are down 8.7%

The reaction to last week’s evening auction sales was muted. Sales growth was down for the first time in five years, after October sales grew by more than 200% from 2013 to 2017. The market did not respond to Christie’s strategy to place all bets on Frieze week in lieu of a June sale, and the overall decline was largely due to Christie’s falling short. For a more in-depth break down of the auction turnover, reference ArtTactic’s Post-War and Contemporary Evening Sales report from October 2018. Just what might have caused this market reversal?

Lack of inventory seems to be forcing auction houses to change scheduling, merge sales categories and in general make it harder for the market to draw year-on-year comparisons. Dressing up inventory by rescheduling and restructuring sales may help boost short-term market confidence, but it could disguise a market struggling to maintain is forward and upward momentum.  The overall number of lots offered in the sales are decreasing, with the October Post-War & Contemporary sales down from 162 lots last year to 133 this year. Christie’s evening auction in October 2017 had 91 lots compared to just 45 last week, whilst Sotheby’s boosted their lot count from 39 in 2017 to 56 this year. This increase for Sotheby’s, however, came at the price of scrapping their Italian sale. 11 Italian lots that would have previously been included in the Italian sale were added to the Post-War & Contemporary sale.

Has price confidence in the art market reached its zenith? ArtTactic’s latest Contemporary Art market Confidence Report demonstrates that overall market confidence is down by 24% among key players, due to economic and political uncertainty. This uncertainty may be caused by a spill-over into the higher end of the market. Last week a total of 20 lots with an aggregate low estimate of £41.6 million failed to find buyers across the evening sales, accounting for 26% of the total pre-sale low estimate. Three high-end lots (Gerhard Richter, Jeff Koons and Mark Grotjahn) made the largest impact, give their combined total low estimate of £28 million. However, none of these were guaranteed, which poses the following question.

Guarantees keep breathing life into the new market, but for how long?

Auction houses continue to tread ever further into dangerous territory as their percentage of guaranteed lots increases. The idea that top-end works must rely on the life-support of financial guarantees in order to sell is problematic. This year the number of guaranteed lots has increased from 53.1% from last year’s 32%. Guarantees are becoming so common-place that they are becoming a bench-mark for the value of a work. For example, if a work is not guaranteed, does this mean there could be issues with the quality of the art work? Or does the market immediately infer that estimates are too high and the piece is mis-priced? It’s no surprise that the top end of the market is completely dependent on financial guarantees, but does this mean that the market is becoming captive to short-term financial speculation?

To access more information about auction market data mentioned in this article, refer to ArtTactic’s report on Post-War and Contemporary London Evening Sales in October 2018.