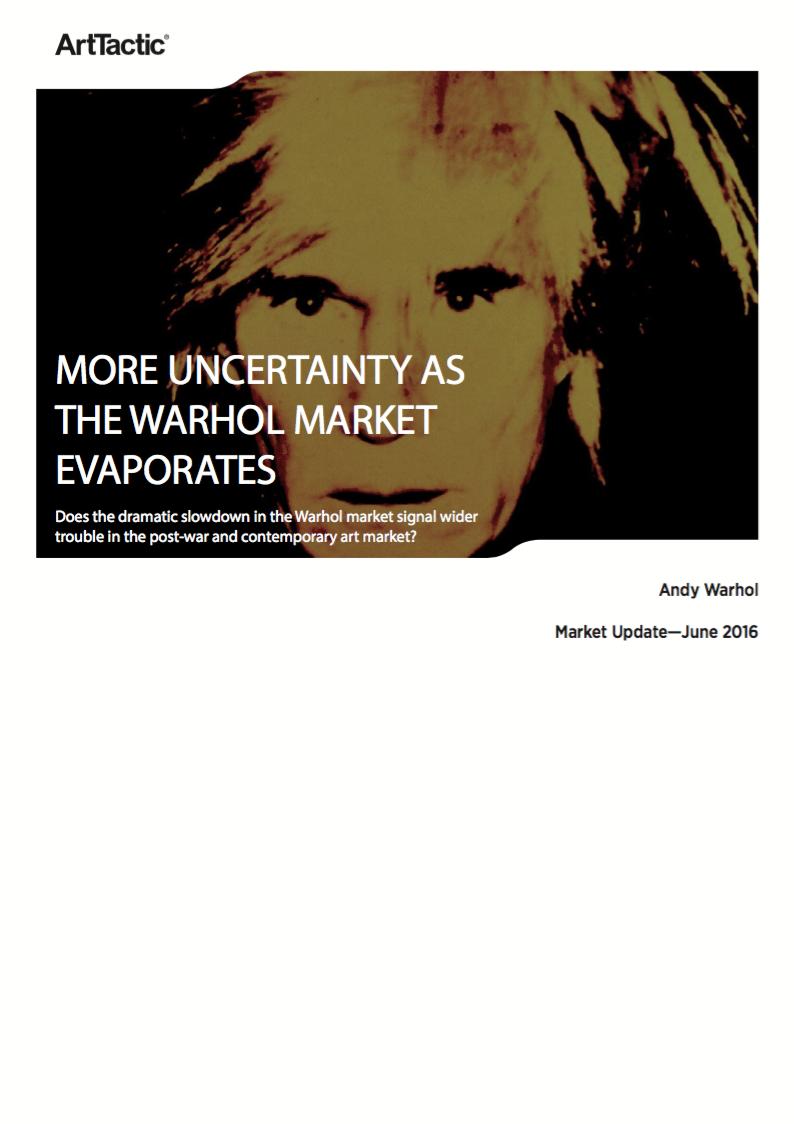 Warhol market falls back to levels last seen in 2005

Often described as a ‘barometer’ for the overall art market, the Warhol market has dominated world auction sales in the last 16 years. However, only $29.5 million has been sold at auction in the first 5 months of 2016 This is compared to $206.1 million for the same period in 2015, the equivalent of an 86% drop in sales value. These sales levels have not been seen since the first half of 2005, the beginning of the art market boom.

This report is an update to previous Warhol research (see below) carried out by ArtTactic.

ArtTactic also offer bespoke reports on the Andy Warhol market, if this is of interest please contact us on info@arttactic.com.